The Thing About Jellyfish (Hardcover)

A dazzling portrayal of one seventh grader’s attempt to cope with the accidental death of her best friend. Suzy, in an effort to explain the inexplicable, hypothesizes that Franny was stung by an incredibly rare jellyfish. Benjamin structures the book like a science report, with each section heading a part of the scientific method that Suzy faithfully follows to prove her conclusion. Readers will learn lots of incredible facts about jellyfish, the natural world, and world-class swimmer Diana Nyad in this fictional novel but also discover the many painful details that strained the relationship between Suzy and Franny leading up to Franny’s death. Suzy’s heartwrenchingly flawed yet wise voice is one to be shared. 8+ ~Niki *Signed copies*

This stunning debut novel about grief and wonder was an instant New York Times bestseller and captured widespread critical acclaim, including selection as a 2015 National Book Award finalist!

After her best friend dies in a drowning accident, Suzy is convinced that the true cause of the tragedy must have been a rare jellyfish sting--things don't just happen for no reason. Retreating into a silent world of imagination, she crafts a plan to prove her theory--even if it means traveling the globe, alone. Suzy's achingly heartfelt journey explores life, death, the astonishing wonder of the universe...and the potential for love and hope right next door.

Oddlot Entertainment has acquired the screen rights to The Thing About Jellyfish, with Gigi Pritzker set to produce with Bruna Papandrea and Reese Witherspoon.

Ali Benjamin is a National Book Award Finalist for The Thing About Jellyfish, and the co-writer for HIV-positive teen Paige Rawl's coming-of-age memoir Positive as well as Tim Howard's New York Times bestseller The Keeper. She is a member of New England Science Writers and has written for TheBoston GlobeMagazine, Martha Stewart's Whole Living, and Sesame Street. She lives in Massachusetts.

*"Reminiscent of works by Jennifer L. Holm and Sharon Creech, Benjamin's novel is a shining example of the highs and lows of early adolescence."—Publishers Weekly, starred review

*"Benjamin's sense of timing and delivery is extraordinary, as she blends the visceral experiences of Suzy's journey with an internal dialogue that is authentic and poignant....readers...will fully immerse themselves in this superbly written, heartfelt novel."—School Library Journal, starred review

*"This novel has it all: just-right pacing, authentic voices and characters, beautifully crafted plot, and superb writing. Readers will find that this story lingers with them after the book is closed."—VOYA, starred review

"There are...a lot of children who might not only benefit from this book but also find themselves deeply moved by it."—New York Times Book Review

"Seventh-grade narrator Suzy Swanson will win readers' hearts as she silently struggles to come to terms with her complex emotions over the death of her former best friend."—Shelf Awareness

"A heartfelt read for kids and adults."
—First for Women Magazine 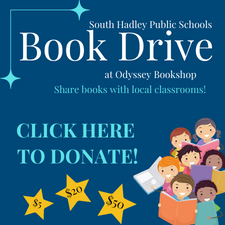