Join us in person on Tuesday, March 21 at 7 PM as Ajay Sinha presents his new book, Photo-Attractions.

In Spring 1938, an Indian dancer named Ram Gopal and an American writer-photographer named Carl Van Vechten came together for a photoshoot in New York City. Ram Gopal was a pioneer of classical Indian dance and Van Vechten was reputed as a prominent white patron of the African-American movement called the Harlem Renaissance. Photo-Attractions describes the interpersonal desires and expectations of the two men that took shape when the dancer took pose in exotic costumes in front of Van Vechten’s Leica camera. The spectacular images provide a rare and compelling record of an underrepresented history of transcultural exchanges during the interwar years of early-20th century, made briefly visible through photography.

A groundbreaking study of global modernity, Photo-Attractions brings scholarship on American photography, literature, race and sexual economies into conversation with work on South Asian visual culture, dance, and gender. In these remarkable historical documents, it locates the pleasure taken in cultural difference that still resonates today.

Sinha is the Julia ’73 and Helene ’49 Herzig Professor of Art History at Mount Holyoke College, U.S.A. He writes and teaches about the histories of global modernity in the visual arts and media of South Asia and served on the editorial board of the online journal, Trans Asia Photography Review. His books include Imagining Architects: Creativity in Religious Monuments of India, and a co-edited collection Bollyworld: Popular Indian Cinema through a Transnational Lens.

Photo-Attractions: An Indian Dancer, an American Photographer, and a German Camera (Paperback) 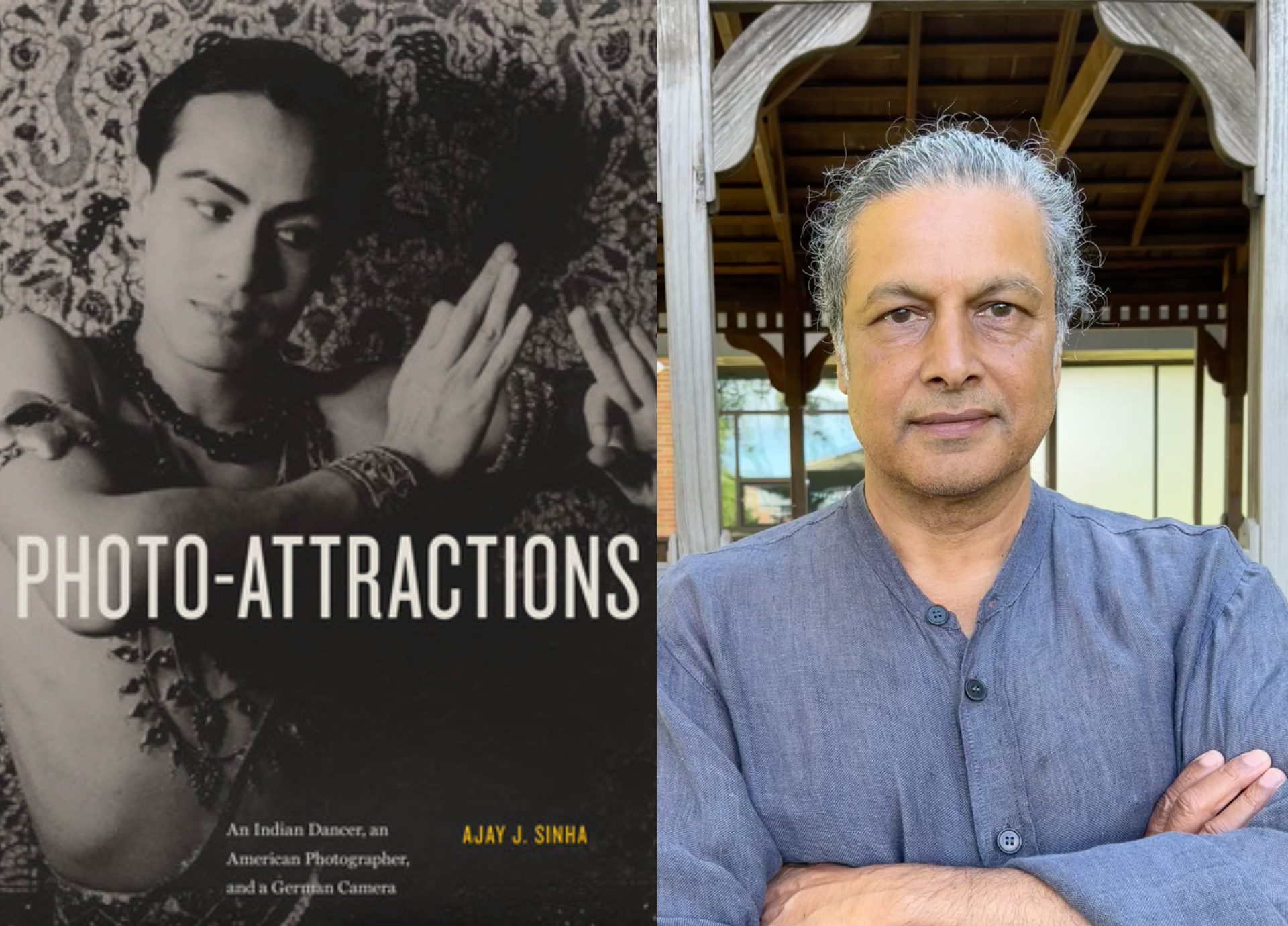