Join us live and in person on Tuesday, May 10 at 7 PM as Alejandro Varela discusses his new novel, The Town of Babylon. He will be joined by Melissa Lozada-Oliva whose inventive debut novel in verse, Dreaming of You, is also available from Astra House.

A debut novel about domestic malaise and suburban decline, following Andrés, a gay Latinx professor, returning to his hometown for a twenty-year high school reunion.

When his father falls ill, Andrés, a professor of public health, returns to his suburban hometown to tend to his father's recovery. Reevaluating his rocky marriage in the wake of his husband’s infidelity and with little else to do, he decides to attend his twenty-year high school reunion, where he runs into the long-lost characters of his youth.

Jeremy, his first love, is now married with two children after having been incarcerated and recovering from addiction. Paul, who Andrés has long suspected of having killed a man in a homophobic attack, is now an Evangelical minister and father of five. And Simone, Andrés's best friend, is in a psychiatric institution following a diagnosis of schizophrenia. During this short stay, Andrés confronts these relationships, the death of his brother, and the many sacrifices his parents made to offer him a better life.

A novel about the essential nature of community in maintaining one’s own health, The Town of Babylon is an intimate portrait of queer, racial, and class identity, a call to reevaluate the ties of societal bonds and the systems in which they are forged.

Alejandro Varela (he/him) is based in New York. His work has appeared in The Point magazine, Boston Review, Harper's Magazine, The Rumpus, Joyland Magazine, The Brooklyn Rail, The Offing, Blunderbuss Magazine, Pariahs (an anthology, SFA Press, 2016), the Southampton Review, and The New Republic. He is a 2019 Jerome Fellow in Literature and his graduate studies were in public health.

Melissa Lozada-Oliva is the child of Guatemalan and Colombian immigrants. She co-hosts the podcast Say More and is a member of the band Meli and the Specs. She holds an MFA in poetry from NYU and her writing has been featured in Remezcla, PAPER, The Guardian, The BreakBeat Poets Vol. 4, Wirecutter, Vulture, Bustle, Glamour, The Huffington Post, Muzzle Magazine, The Poetry Project, Audible, and BBC Mundo. She is from Massachusetts and lives in New York City.

The Town of Babylon: A Novel (Hardcover) 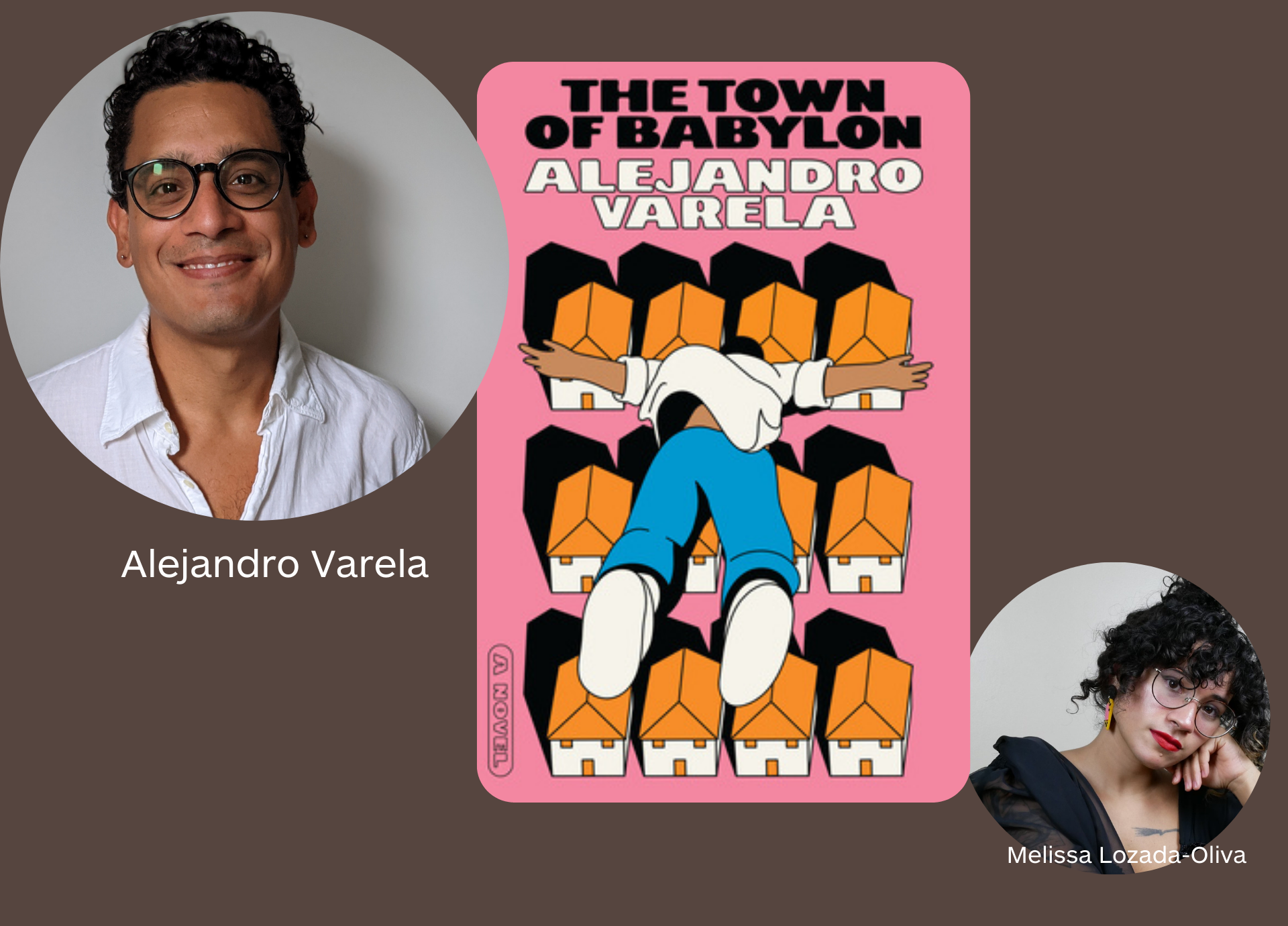