Join us on Sunday, October 13 at 2:00pm for a reading and book signing with Ben Lerner, the award-winning author of The Topeka School, the Odyssey First Editions Club pick for October. Adam Coleman, New Uses for Failure, Ben Lerner's 10:04 , will be introducing the author.

From the award-winning author of 10:04 and Leaving the Atocha Station, a tender and expansive family drama set in the American Midwest at the turn of the century: a tale of adolescence, transgression, and the conditions that have given rise to the trolls and tyrants of the New Right

Adam Gordon is a senior at Topeka High School, class of ’97. His mother, Jane, is a famous feminist author; his father, Jonathan, is an expert at getting “lost boys” to open up. They both work at a psychiatric clinic that has attracted staff and patients from around the world. Adam is a renowned debater, expected to win a national championship before he heads to college. He is one of the cool kids, ready to fight or, better, freestyle about fighting if it keeps his peers from thinking of him as weak. Adam is also one of the seniors who bring the loner Darren Eberheart—who is, unbeknownst to Adam, his father’s patient—into the social scene, to disastrous effect.

Deftly shifting perspectives and time periods, The Topeka School is the story of a family, its struggles and its strengths: Jane’s reckoning with the legacy of an abusive father, Jonathan’s marital transgressions, the challenge of raising a good son in a culture of toxic masculinity. It is also a riveting prehistory of the present: the collapse of public speech, the trolls and tyrants of the New Right, and the ongoing crisis of identity among white men.

Ben Lerner was born in Topeka, Kansas, in 1979. He has received fellowships from the Fulbright, Guggenheim, Howard, and MacArthur Foundations. His first novel, Leaving the Atocha Station, won the 2012 Believer Book Award, and excerpts from 10:04 have been awarded The Paris Review's Terry Southern Prize. He has published three poetry collections: The Lichtenberg Figures, Angle of Yaw (a finalist for the National Book Award for Poetry), and Mean Free Path. Lerner is a professor of English at Brooklyn College.

The Topeka School: A Novel (Hardcover) 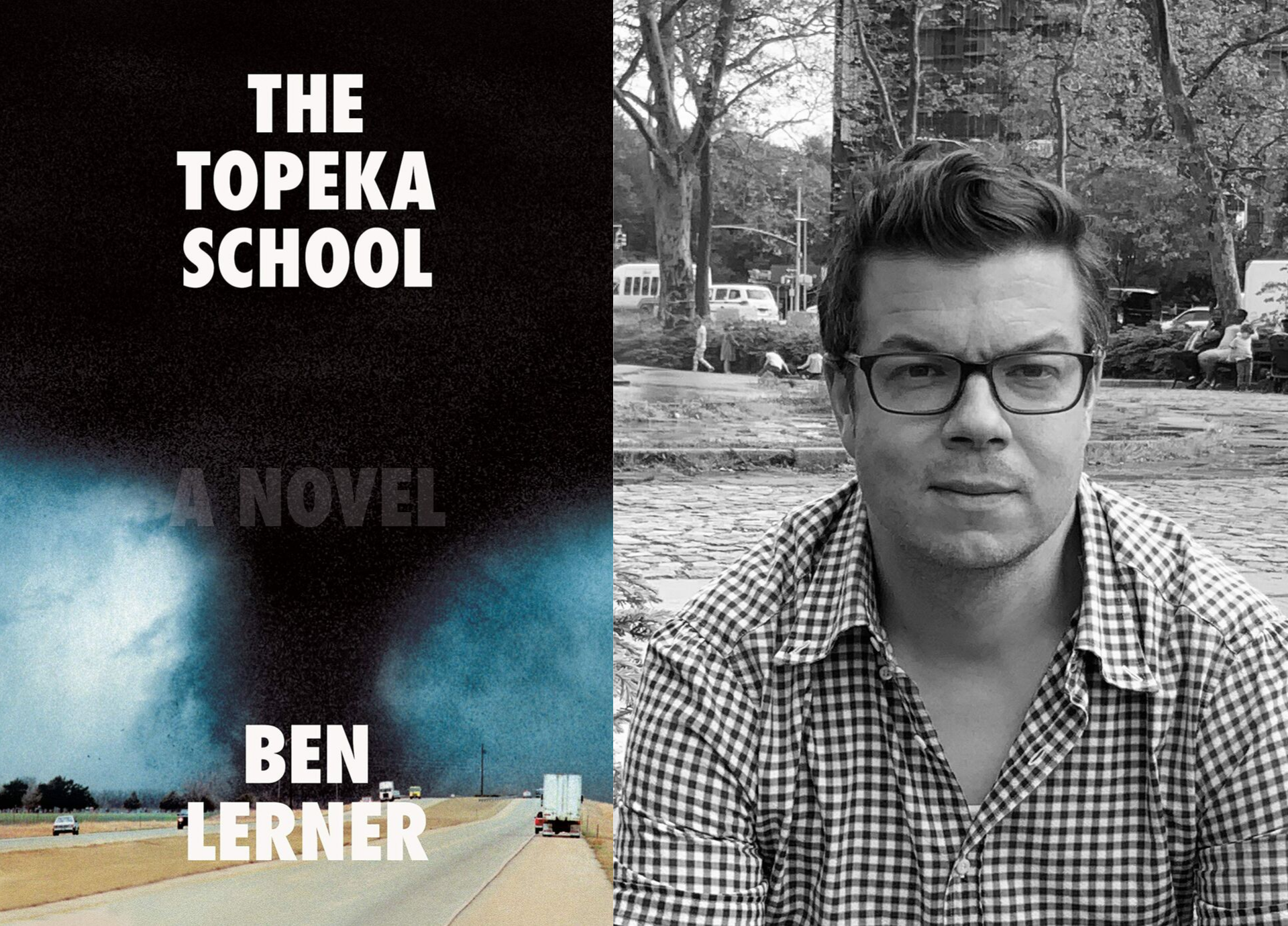