Christian McEwen has long moved readers with her thoughtful writings on poetry, creativity, and slowing down. In Legal Tender: Women & The Secret Life of Money she steps back from such soul nourishing topics and invites us to explore the harsher world of money. But as McEwen writes in her introduction, “legal tender” can also involve “legal tenderness.” She handles a topic that many shy away from because it’s attached to feelings of confusion, guilt, bitterness, and even fear, with the same easy, poetic care that guides all her writing. This collection of interviews, stories, quotes, and poems invites women to gain a closer relationship to money and by doing so fuel their overall wellbeing.

This is by no means a self-help book. The collection has little instruction, but there is much to be learned from the wildly varied experiences of the women within. There are women who are accustomed to millions, some proud, some baffled and ashamed. There are women who grew up in extreme poverty, some of whom managed to battle their way out, and others who are barely getting by. Each story is honest and straight-forward, often without any moral or overt resolution. McEwen admits from the start that “none of the McEwens are any good with numbers,” but goes on to show us how liberating and empowering it can be for her to look those numbers in the face and -- finally! -- take ownership.

Along with a knot of complicated feelings, most of us have attached a mysticism and grandiosity to money, somehow convincing ourselves that it is more than currency: more than just a practical way of getting by. Such false beliefs are often used as a means of control. In one story, a woman who has been raised from birth to be financially independent helps a friend to open a secret bank account (hiding the deposit slips inside tampon applicators!) so her husband won’t be able to find them. In time, she saves enough to escape an abusive relationship. This extreme case highlights just why it is crucial for women to gain financial autonomy and to support one another in doing so.

These are stories of women just being women: making ends meet, gambling and losing it all, sharing what little they have, treating themselves (to a new bed, a deliciously comfortable mattress), stealing and being stolen from, making even fiscal responsibility seem fun! Overall this little book can be seen as a model -- and an encouraging nudge towards the many possible conversations women need to start having about money.

Christian McEwen is a writer, educator, and cultural activist. Since leaving New York City twenty-five years ago, she has edited two anthologies and produced a video documentary, Tomboys!, as well as a play based on this book of interviews, Legal Tender: Women & The Secret Life of Money. Her book, World Enough And Time: On Creativity And Slowing Down, is now in its sixth printing and is also available in an audio format. Her most recent collection is Sparks From The Anvil: The Smith College Poetry Interviews. Christian grew up in the borders of Scotland and now lives in western Massachusetts. 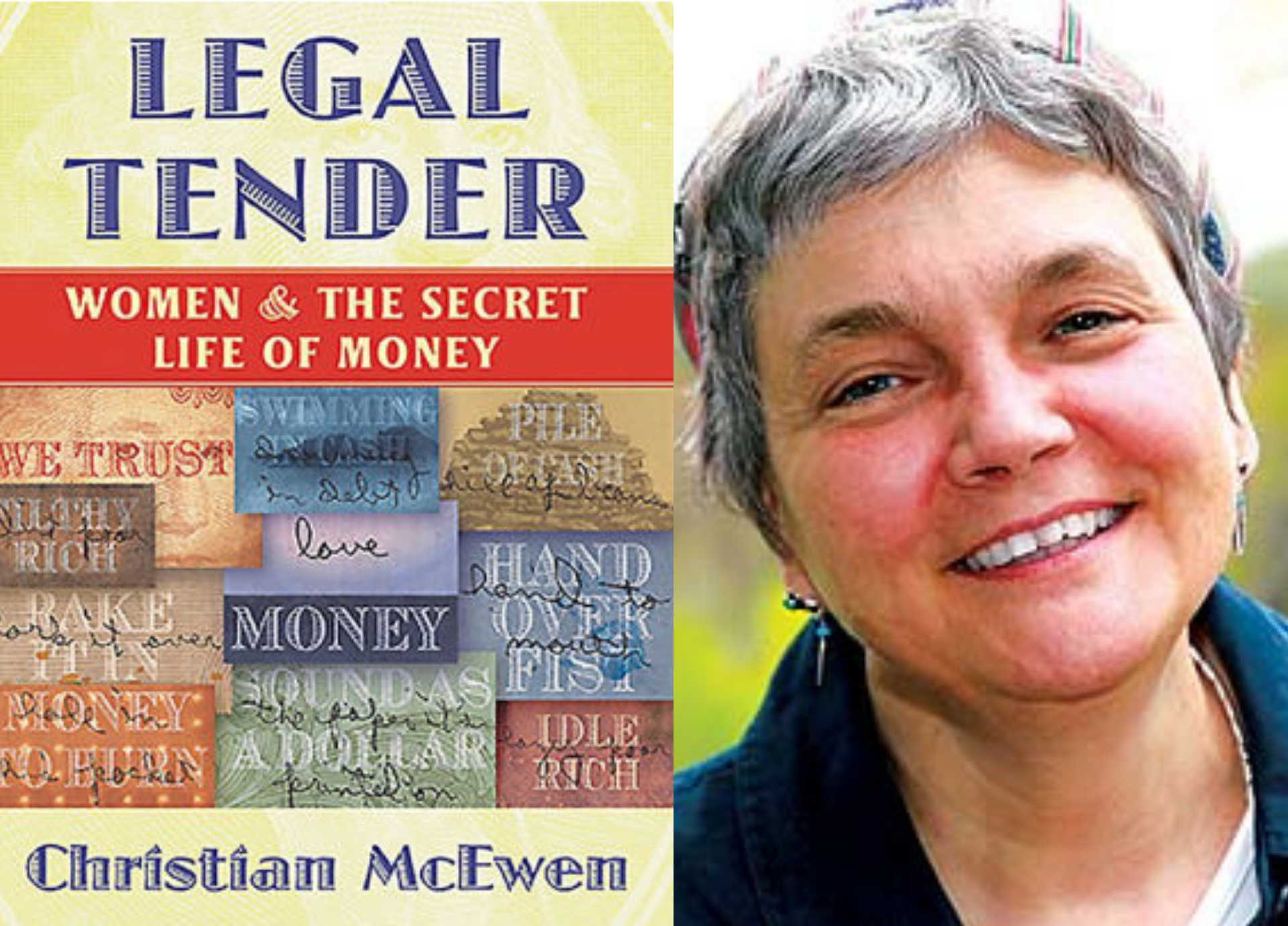