Join us on Zoom on Thursday, October 21 at 7 PM for a conversation with Connor Towne O'Neill  around the paperback release of his book, Down Along with That Devil's Bones: A Reckoning with Monuments, Memory, and the Legacy of White Supremacy. He will be in conversation with Ed Tarkington, author of The Fortunate Ones.

Down Along With That Devil's Bones: Reckoning with Monuments, Memory, and the Legacy of White Supremacy

Connor Towne O'Neill's journey onto the battlefield of white supremacy began with a visit to Selma, Alabama, in 2015. There he had a chance encounter with a group of people preparing to erect a statue to celebrate the memory of Nathan Bedford Forrest, one of the most notorious Confederate generals, a man whom Union general William Tecumseh Sherman referred to as "that devil." After that day in Selma, O'Neill, a white Northerner transplanted to the South, decided to dig deeply into the history of Forrest and other monuments to him throughout the South, which, like Confederate monuments across America, have become flashpoints in the fight against racism.

When Charlie Boykin was young, he thought his life with his single mother on the working-class side of Nashville was perfectly fine. But when his mother arranges for him to be admitted as a scholarship student to an elite private school, he is suddenly introduced to what the world can feel like to someone cushioned by money. That world, he discovers, is an almost irresistible place where one can bend—and break—rules and still end up untarnished. As he gets drawn into a friendship with a charismatic upperclassman, Archer Creigh, and an affluent family that treats him like an adopted son, Charlie quickly adapts to life in the upper echelons of Nashville society. Under their charming and alcohol-soaked spell, how can he not relax and enjoy it all—the lack of anxiety over money, the easy summers spent poolside at perfectly appointed mansions, the lavish parties, the freedom to make mistakes knowing that everything can be glossed over or fixed?

Connor Towne O’Neill’s writing has appeared in New York magazine, Vulture, Slate, RBMA, and the Village Voice, and he works as a producer on the NPR podcast White Lies. Originally from Lancaster, Pennsylvania, he lives in Auburn, Alabama, where he teaches at Auburn University and with the Alabama Prison Arts + Education Project. This is his first book.

Ed Tarkington’s debut novel Only Love Can Break Your Heart was an ABA Indies Introduce selection, an Indie Next pick, a Book of the Month Club Main Selection, and a Southern Independent Booksellers Association bestseller. A regular contributor to Chapter16.org, his articles, essays, and stories have appeared in a variety of publications, including the Nashville Scene, Memphis Commercial Appeal, Knoxville News-Sentinel, and Lit Hub. The Fortunate Ones is his second book. He lives in Nashville, Tennessee.

Get your copy of Down Along with That Devil's Bones below:

Down Along with That Devil's Bones: A Reckoning with Monuments, Memory, and the Legacy of White Supremacy (Paperback)

The Fortunate Ones (Hardcover) 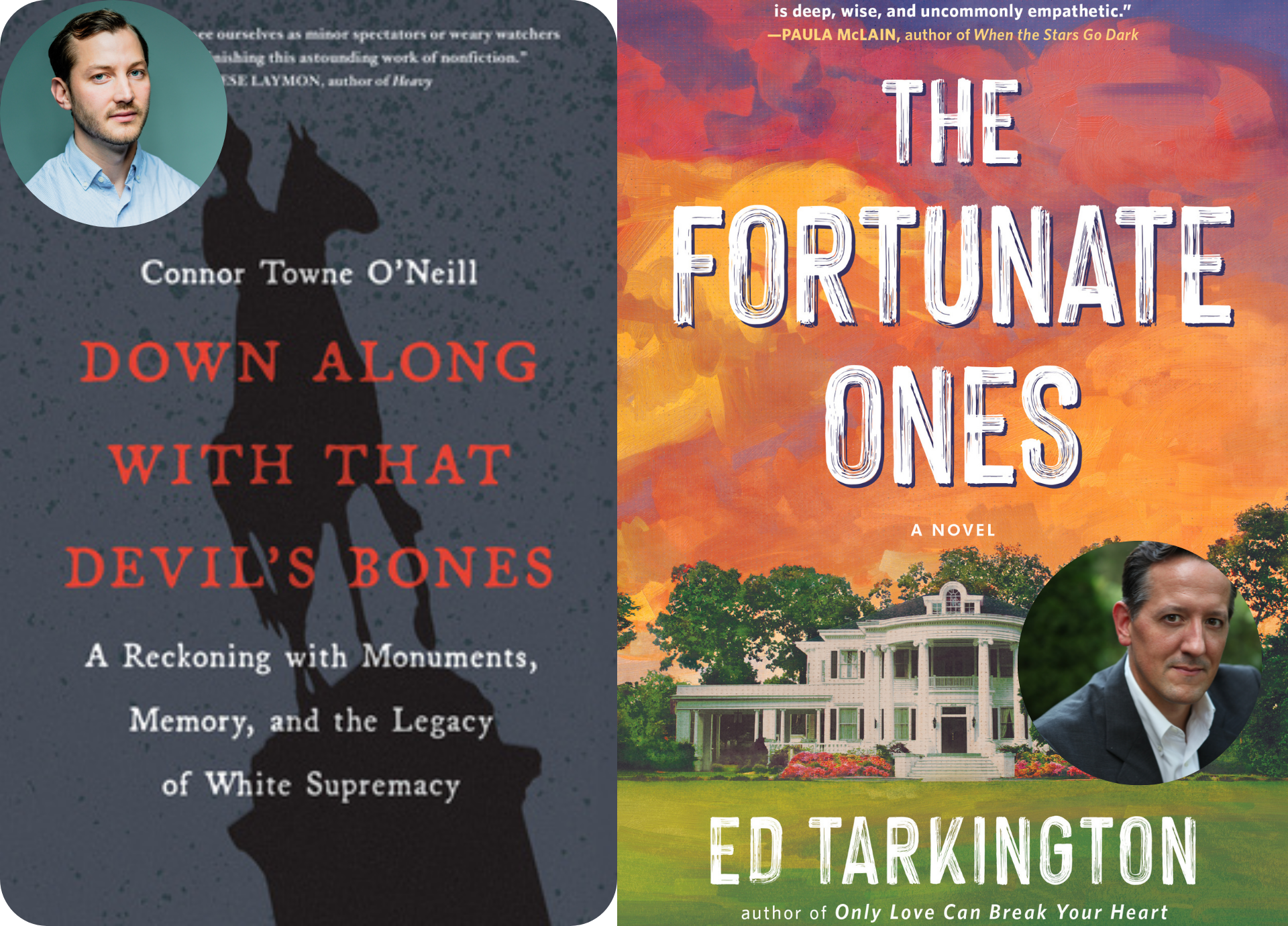