Yasuko Hanaoka is a divorced, single mother who thought she had finally escaped her abusive ex-husband Togashi. When he shows up one day to extort money from her, threatening both her and her teenaged daughter Misato, the situation quickly escalates into violence and Togashi ends up dead on her apartment floor. Overhearing the commotion, Yasuko's next door neighbor, middle-aged high school mathematics teacher Ishigami, offers his help, disposing not only of the body but plotting the cover-up step-by-step.
When the body turns up and is identified, Detective Kusanagi draws the case and Yasuko comes under suspicion. Kusanagi is unable to find any obvious holes in Yasuko's manufactured alibi and yet is still sure that there's something wrong. Kusanagi brings in Dr. Manabu Yukawa, a physicist and college friend who frequently consults with the police. Yukawa, known to the police by the nickname Professor Galileo, went to college with Ishigami. After meeting up with him again, Yukawa is convinced that Ishigami had something to do with the murder. What ensues is a high level battle of wits, as Ishigami tries to protect Yasuko by outmaneuvering and outthinking Yukawa, who faces his most clever and determined opponent yet.

The Crime Club reads one paperback mystery a month and its discussions are led by Joanne Picard. The group typically meets the second Monday of each month at 7 p.m.  Note: Even though the store is closed, we will still meet at 7:00 p.m.. However, you must use the upstairs (College Street) entrance, as the ground floor entrance (parking lot) will be locked. In addition, if you wish to buy the book for the subsequent month (at the regular club discount), please bring a check. It's the only kind of payment that can be accepted during off-hours at the store. 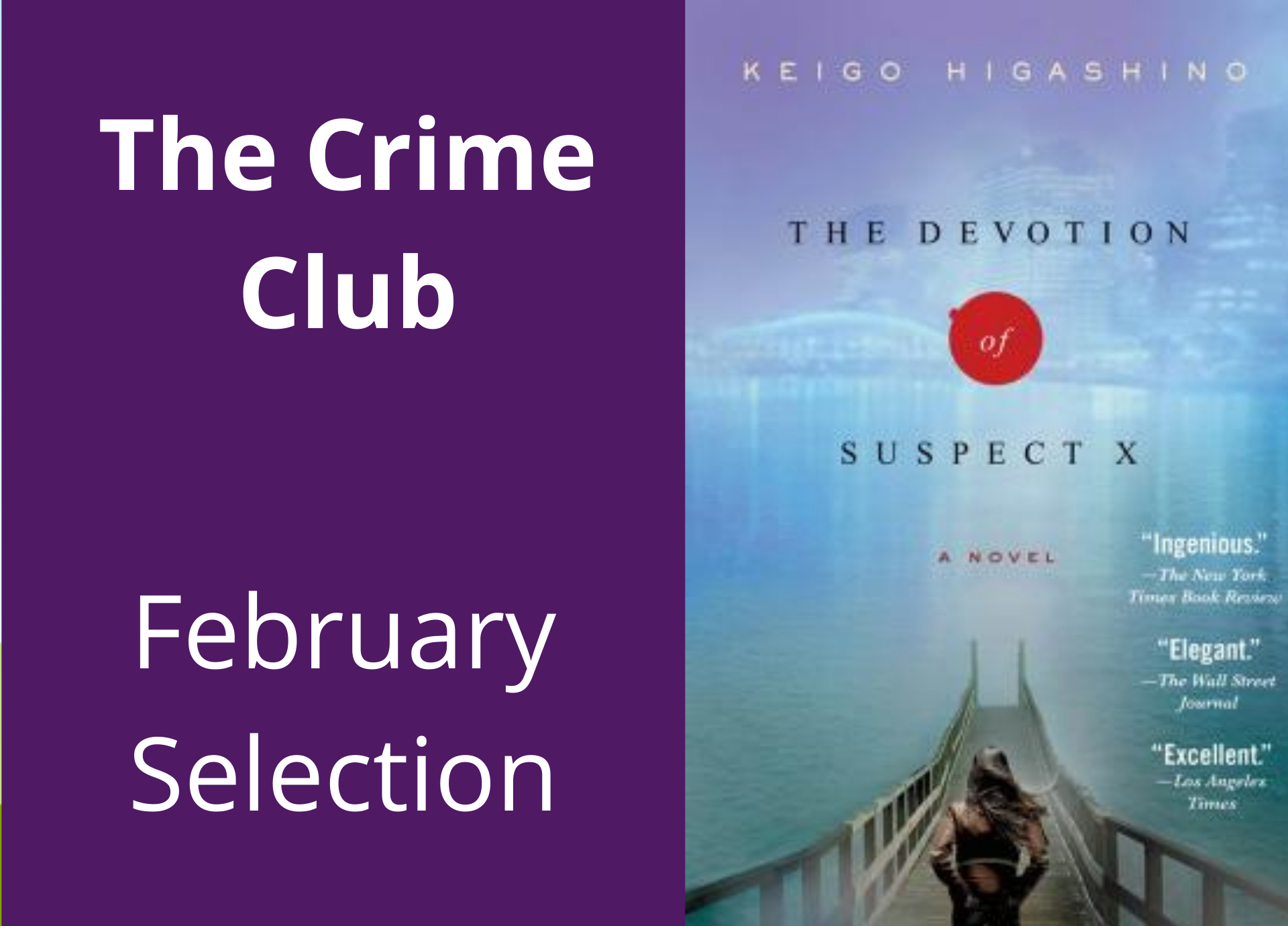