Virgil Wounded Horse is the local enforcer on the Rosebud Indian Reservation in South Dakota. When justice is denied by the American legal system or the tribal council, Virgil is hired to deliver his own punishment, the kind that’s hard to forget. But when heroin makes its way into the reservation and finds Virgil’s nephew, his vigilantism suddenly becomes personal. He enlists the help of his ex-girlfriend and sets out to learn where the drugs are coming from, and how to make them stop.

They follow a lead to Denver and find that drug cartels are rapidly expanding and forming new and terrifying alliances. And back on the reservation, a new tribal council initiative raises uncomfortable questions about money and power. As Virgil starts to link the pieces together, he must face his own demons and reclaim his Native identity. He realizes that being a Native American in the twenty-first century comes at an incredible cost.

Winter Counts is a tour-de-force of crime fiction, a bracingly honest look at a long-ignored part of American life, and a twisting, turning story that’s as deeply rendered as it is thrilling.

David Heska Wanbli Weiden is an enrolled citizen of the Sicangu Lakota Nation and received his MFA from the Institute of American Indian Arts. He's a MacDowell Colony Fellow, a Tin House Scholar, and the recipient of the PEN America Writing for Justice Fellowship. A lawyer and professor, he lives in Denver, Colorado, with his family.

The Crime Club reads one paperback mystery a month and its discussions are led by Joanne Picard. The group typically meets the second Monday of each month at 7 p.m.  Note: Even though the store is closed, we will still meet at 7:00 p.m.. However, you must use the upstairs (College Street) entrance, as the ground floor entrance (parking lot) will be locked. In addition, if you wish to buy the book for the subsequent month (at the regular club discount), please bring a check. It's the only kind of payment that can be accepted during off-hours at the store. 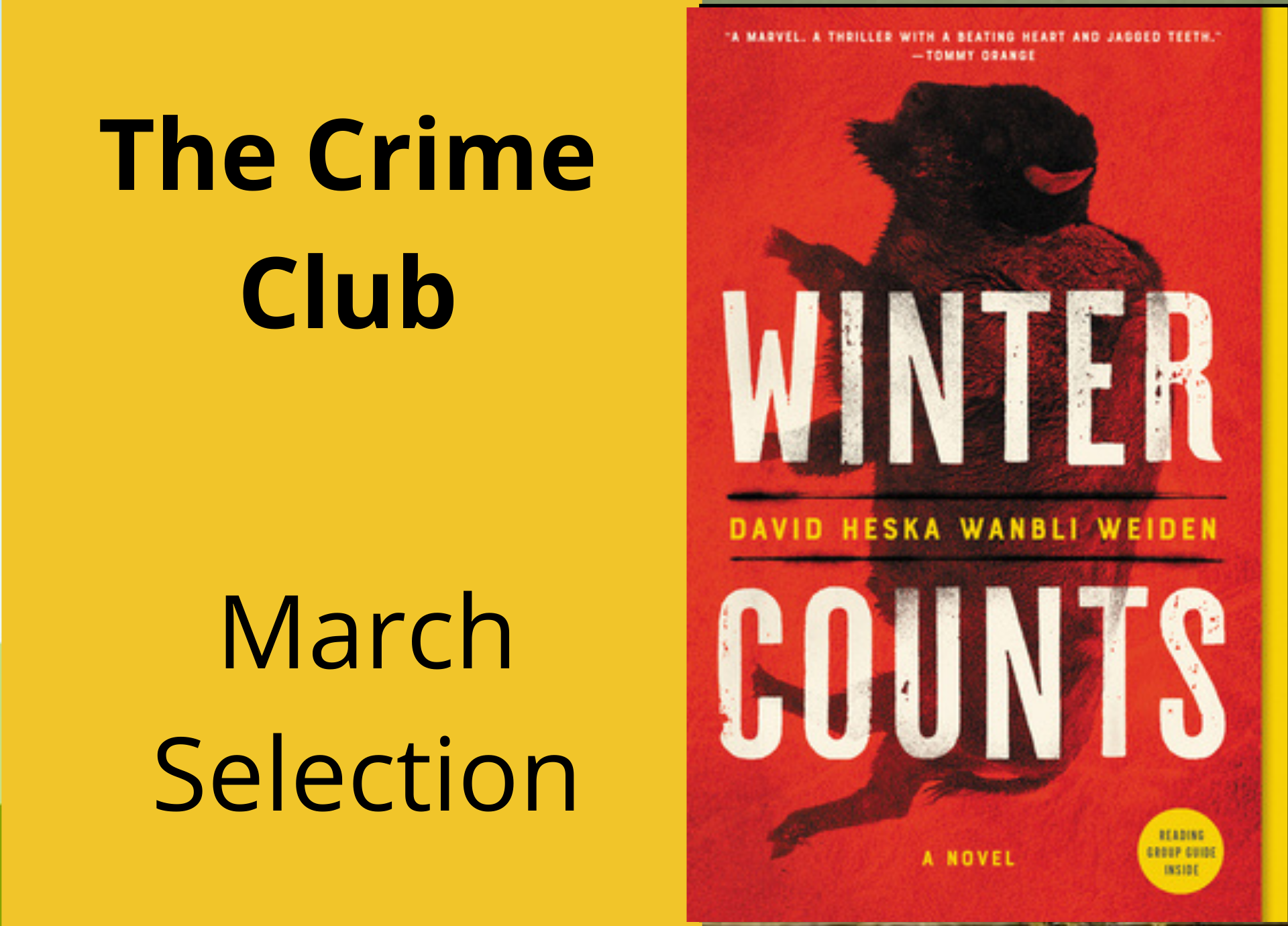