Join us in person on Wednesday, October 5 at 6 PM as Dhonielle Clayton talks about her new book, The Marvellers, with authors Holly Black and Cassandra Clare

Dhonielle Clayton makes her middle-grade debut with a fantasy adventure set in a global magic school in the sky —an instant New York Times and #1 Indie Bestseller!

"The Marvellers deserves the highest compliment I can give a book: I want to live in this world." —Rick Riordan, #1 New York Times bestselling–author

Eleven-year-old Ella Durand is the first Conjuror to attend the Arcanum Training Institute, a magic school in the clouds where Marvellers from around the world practice their cultural arts, like brewing Indian spice elixirs and bartering with pesky Irish pixies.

Despite her excitement, Ella discovers that being the first isn’t easy—some Marvellers mistrust her magic, which they deem “bad and unnatural.” But eventually, she finds friends in elixirs teacher, Masterji Thakur, and fellow misfits Brigit, a girl who hates magic, and Jason, a boy with a fondness for magical creatures.

When a dangerous criminal known as the Ace of Anarchy escapes prison, supposedly with a Conjuror’s aid, tensions grow in the Marvellian world and Ella becomes the target of suspicion. Worse, Masterji Thakur mysteriously disappears while away on a research trip. With the help of her friends and her own growing powers, Ella must find a way to clear her family’s name and track down her mentor before it’s too late.

Dhonielle Clayton spent most of her childhood under her grandmother's table with a stack of books. She hails from the Washington, D.C. suburbs on the Maryland side. She is the New York Times-bestselling author of The Belles series, Shattered Midnight, co-author of Blackout, and the co-author of The Rumor Game and the Tiny Pretty Things duology, a Netflix original series. She taught secondary school for several years, and is a former elementary and middle school librarian. She is COO of the non-profit We Need Diverse Books, and President of Cake Creative, an IP story kitchen dedicated to diverse books for all ages. She’s an avid traveler, and always on the hunt for magic and mischief. Her new book, The Marvellers, is her middle-grade fantasy debut.

Holly Black is the #1 New York Times bestselling and award-winning author of speculative and fantasy novels, short stories, and comics. She has sold over 26 million books worldwide, and her work has been translated into over 30 languages and adapted for film. She currently lives in New England with her husband and son in a house with a secret library.

Cassandra Clare is the author of the #1 New York Times, USA Today, Wall Street Journal, and Publishers Weekly bestselling Shadowhunter Chronicles. She is also the coauthor of the bestselling fantasy series Magisterium with Holly Black. The Shadowhunter Chronicles have been adapted as both a major motion picture and a television series. Her books have more than 50 million copies in print worldwide and have been translated into more than thirty-five languages. Cassandra lives in western Massachusetts with her husband and three fearsome cats. 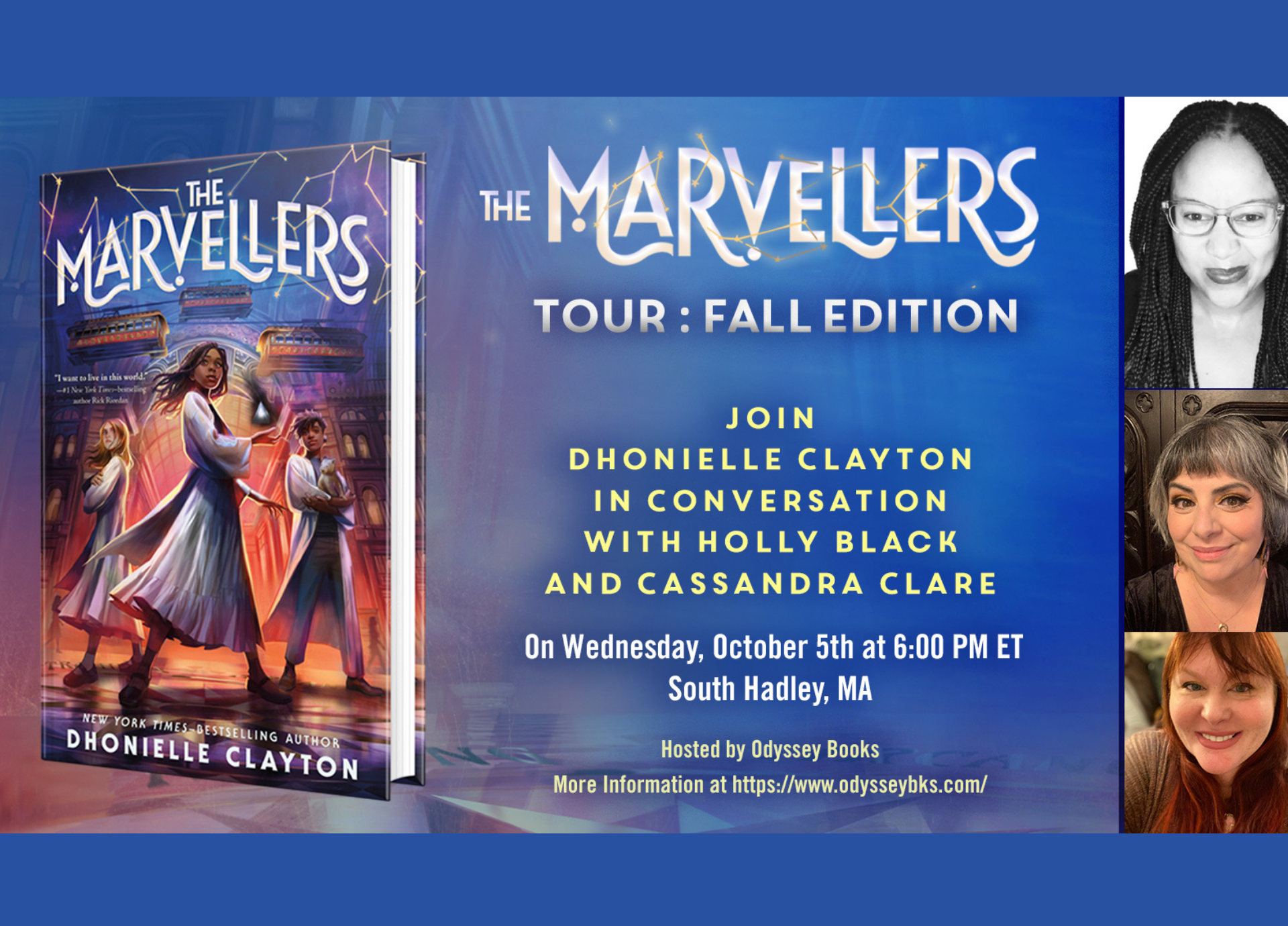