Join us in person on Tuesday, September 27 at 7 PM as Donald Yacovone discusses his new book,Teaching White Supremacy: America's Democratic Ordeal and the Forging of Our National Identity.

A powerful exploration of the past and present arc of America’s white supremacy—from the country’s inception and Revolutionary years to its 19th century flashpoint of civil war; to the Civil Rights movement of the 1960s and today’s Black Lives Matter.

In Teaching White Supremacy, Donald Yacovone shows us the clear and damning evidence of white supremacy’s deep-seated roots in our nation’s education system in a fascinating, in-depth examination of America’s wide assortment of texts, from  primary readers to college textbooks and other higher-ed course materials. Sifting through a wealth of materials, from the colonial era to today, Yacovone reveals the systematic ways in which white supremacist ideology has infiltrated American culture and how it has been at the heart of our collective national identity.

And, the author argues that it is the North, not the South, that bears the greater responsibility for creating the dominant strain of race theory, inculcated throughout the culture and in school textbooks, that restricted and repressed African Americans and other minorities, even as Northerners blamed the South for its legacy of slavery, segregation and racial injustice. 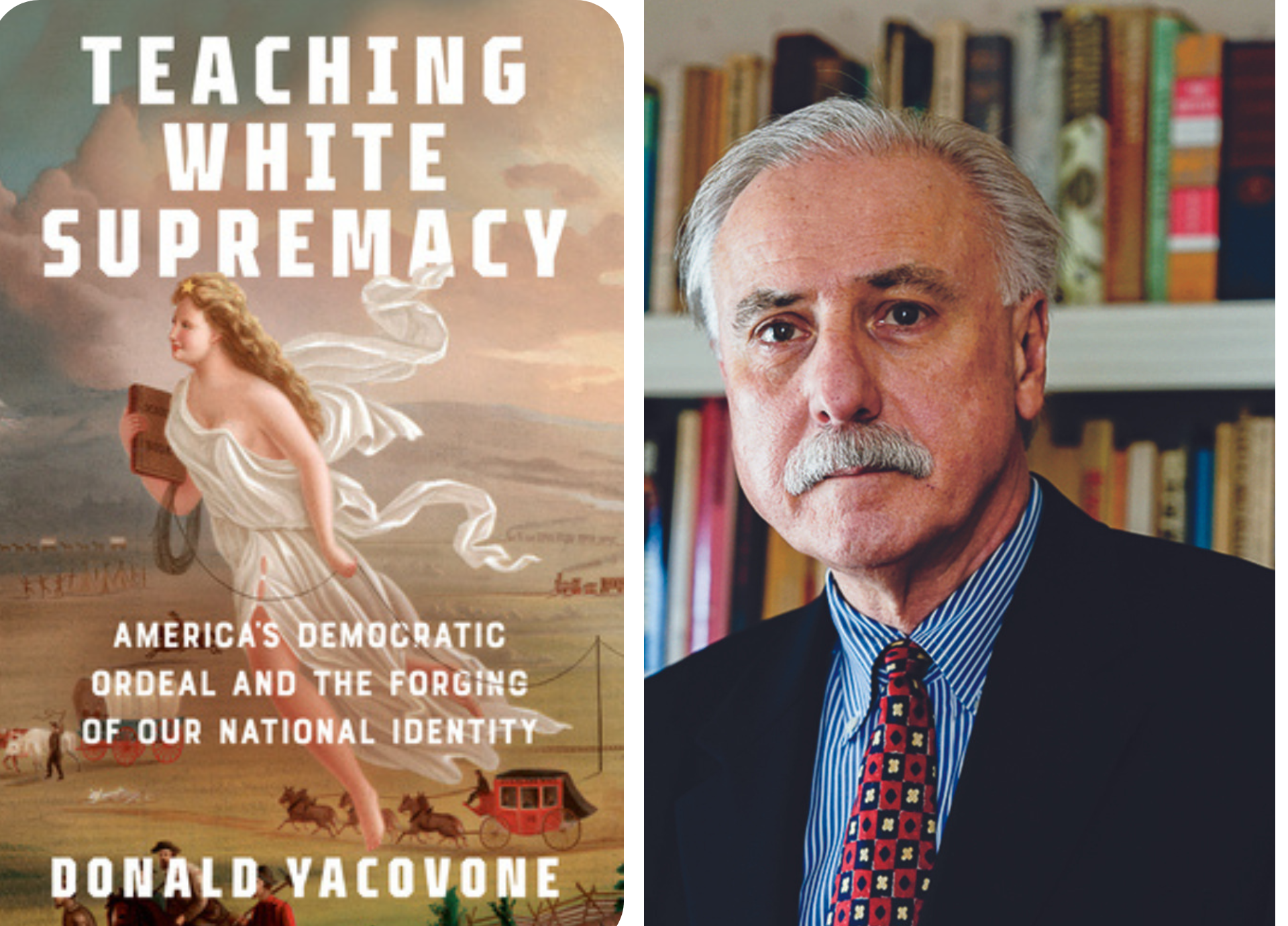