From an author whose writing has been praised as “blistering” (The New Yorker), “virtuosic” (The Washington Post), and “brilliant” (The New York Times) comes a provocative and entertaining novel about a woman who desperately wants a child but struggles to accept the use of assisted reproductive technology—a hilarious and ferocious send-up of feminism, fame, art, commerce, and autonomy.

On the eve of her fourth album, singer-songwriter Aviva Rosner is plagued by infertility. The twist: as much as Aviva wants a child, she is wary of technological conception, and has poured her ambivalence into her music. As the album makes its way in the world, the shock of the response from fans and critics is at first exciting—and then invasive and strange. Aviva never wanted to be famous, or did she? Meanwhile, her evolving obsession with another iconic musician, gone too soon, might just help her make sense of things.

Told over the course of nine menstrual cycles, Human Blues is a bold, brainy, darkly funny, utterly original interrogation of our cultural obsession with childbearing. It’s also the story of one fearless woman at the crossroads, ruthlessly questioning what she wants and what she’s willing—or not willing—to do to get it.

Elisa Albert is the author of After Birth, The Book of Dahlia, How This Night Is Different, and editor of the anthology Freud’s Blind Spot. Her stories and essays have appeared in Time, The Guardian, The New York Times, n+1, Bennington Review, Tin House, Michigan Quarterly Review, The Literary Review, the Los Angeles Review of Books, and elsewhere. She lives in upstate New York. 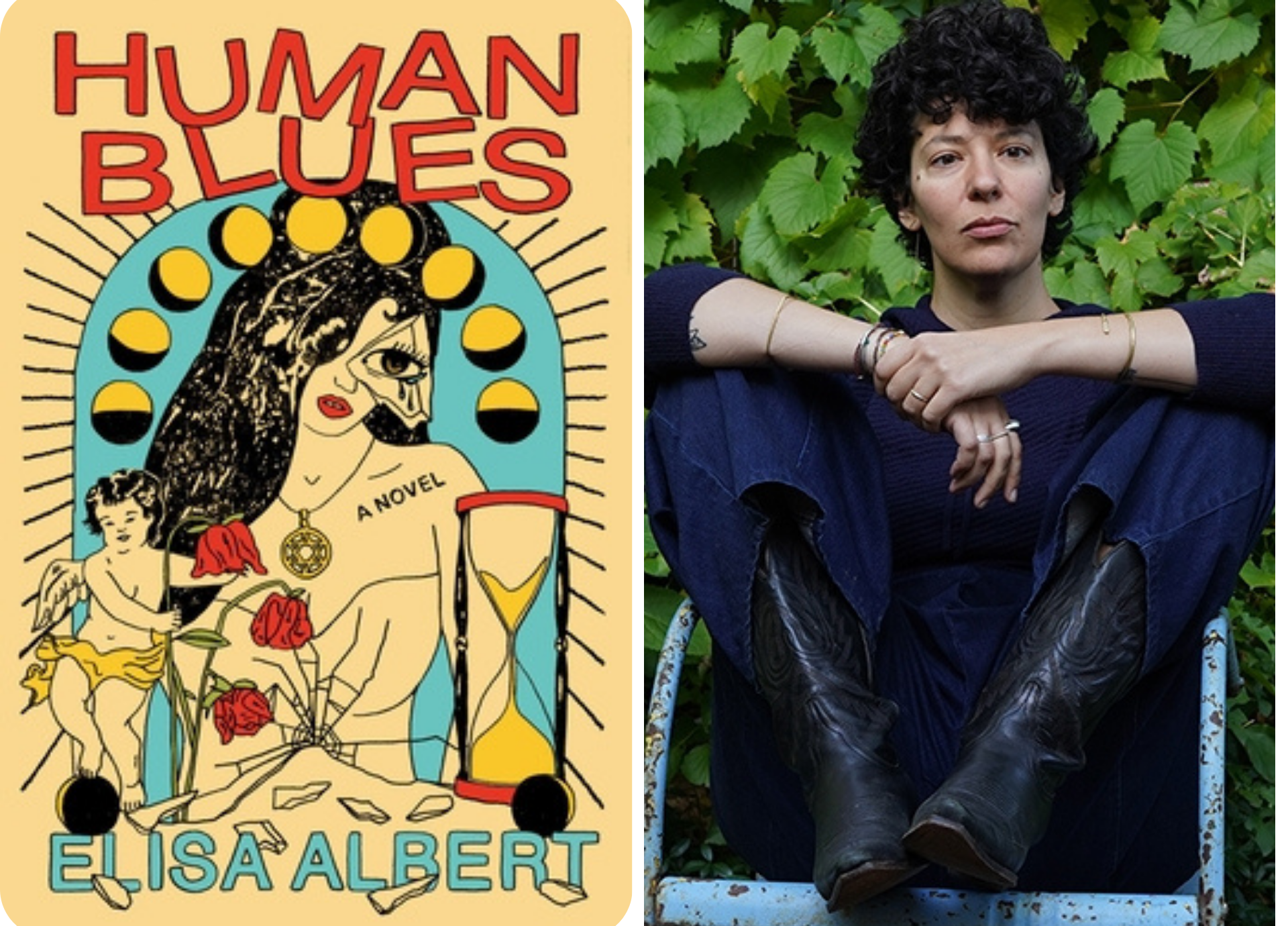