Join us on Wednesday, February 5 at 7:00pm for a book talk and signing with Eugenia W. Hebert, Professor Emeritus of History at Mount Holyoke College and author of Serendib: Scenes from Colonial Ceylon.

Since antiquity Ceylon — long known as Serendib, now Sri Lanka — has been renowned for its beauty and its wealth. Shipwrecked on its shores, Sindbad the Sailor found it a land of “unrivalled splendor and magnificence,” the air filled with the fragrance of spices and rare gems glittering in the streams of a lofty mountain. He returned home loaded with riches, as many were to do after him: Portuguese, Dutch, and finally, in the nineteenth century, the British. Serendib tells the stories in the voices and through the eyes of those who ultimately made and lost fortunes not in the cinnamon and pearls that first lured them but in coffee and tea; it tells the stories, too, of those who came to govern, to convert, to hunt, to unearth the island’s antiquities, and simply to delight in its natural wonders.

Eugenia “Fi” Herbert is Professor Ermeritus of History at Mount Holyoke College. She has published widely on European, American, African, and South Asian history. Her most recent book is the prize-winning Flora’s Empire. 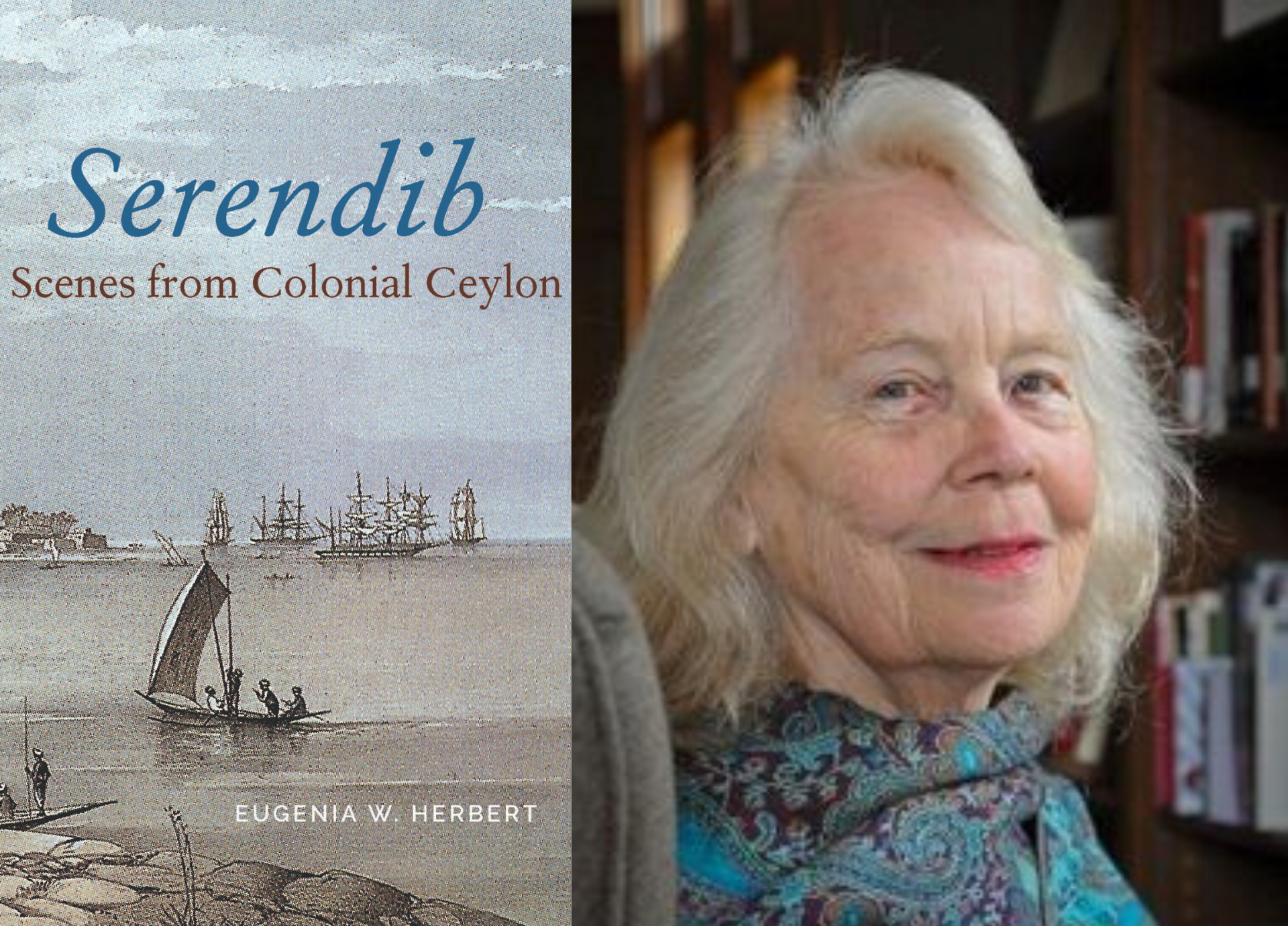