Join us on Zoom on Tuesday, May 24 at 7 PM as Francesca Momplaisir discusses her new novel, The Garden of Broken Things. She will be joined in conversation by Karin Slaughter, best-selling author of 22 novels, including Pieces of Her, now a Netflix series.

A novel about one family wading through the aftermath of the earthquake that devastated Haiti in 2010, from the acclaimed author who has been compared to Toni Morrison “at the height of her power” (Harper’s Bazaar)—a haunting and astonishing story of restoration and disaster, motherhood, and the bonds that carry through generations.

Genevieve, a single mother, flies from New York to Port-au-Prince with her teenage son, Miles. The trip is meant to be an education for fifteen-year-old Miles—a chance to learn about his family’s roots while coming to terms with his father’s departure—but it’s also an excuse for Genevieve to escape the city, where her life is dominated by her failed marriage and the daily pressures of raising Black children in America. For Genevieve, the journey is also a homecoming of sorts: An opportunity to visit the island she remembers from childhood and reconnect with family. But when the country is rocked by a massive earthquake—decimating the city and putting their lives at risk—their visit becomes a nightmare of survival.

Written before the horrific earthquake that struck Haiti in 2021, The Garden of Broken Things delivers readers beyond the headlines and into the shattered world of a distant family—coming together, forced apart—suddenly brought to the brink.

FRANCESCA MOMPLAISIR is the author of My Mother's House. Born in Haiti, she studied at Columbia University, the University of Oxford, and New York University. She earned a doctorate in African and African diaspora literature as an NYU MacCracken fellow under her supervisor and mentor, Ngugi wa Thiong’o. She is a recipient of a Fulbright fellowship to travel to Ghana to research the cultural retention and memory of the transatlantic slave trade. She lives in the New York City metro area.

Karin Slaughter is one of the world’s most popular and acclaimed storytellers. Published in 120 countries with more than 40 million copies sold across the globe, her 22 novels include the Grant County and Will Trent books, as well as the Edgar-nominated Cop Town and the instant New York Times bestselling stand-alone novels Pretty Girls, The Good Daughter, Pieces of Her, and the forthcoming Girl, Forgotten. Her stand-alone novel Pieces of Her is now a Netflix series starring Toni Collette. And her Will Trent series is being developed at ABC. Slaughter is the founder of the Save the Libraries project—a nonprofit organization established to support libraries and library programming. A native of Georgia, she lives in Atlanta.

The Garden of Broken Things: A novel (Hardcover) 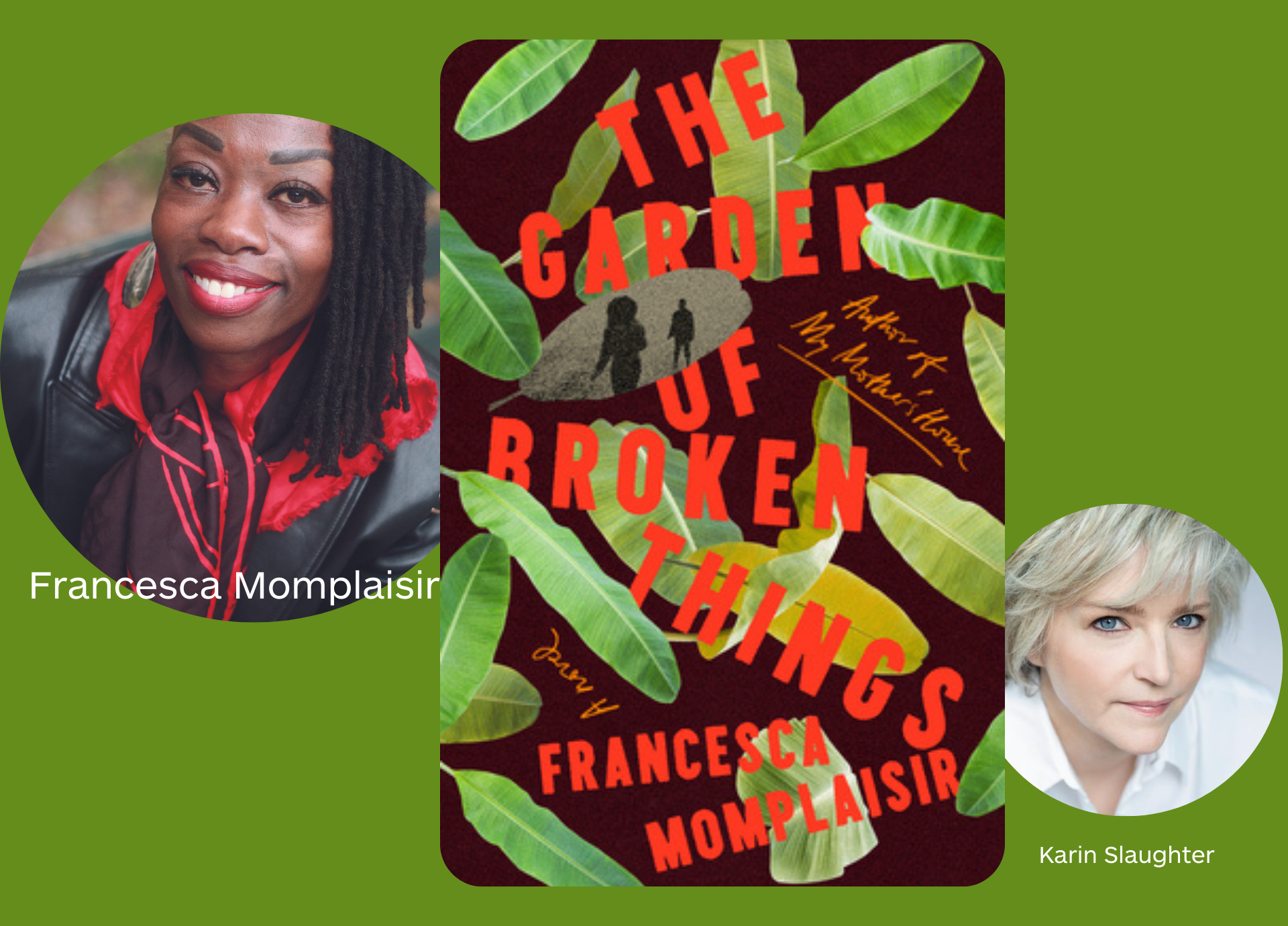