Franny Choi with Ocean Vuong in person-SOLD OUT

Join us on Tuesday, November 1 at 7 PM as poet Franny Choi presents her new collection, The World Keeps Ending, and the World Goes On. This is the November selection of the Odyssey First Editions Club. She will be joined in conversation by Ocean Vuong, author of Time is a Mother.

This event will be held at Center Church, The First Congregational Church in South Hadley, located at 1 Church Street, which is across the common from the bookshop. Doors will open at 6:30 PM.

P﻿lease note: because of the capacity of the church and the overwhelming response to this event, you MUST be registered to be admitted.

From acclaimed poet Franny Choi comes a poetry collection for the ends of worlds—past, present, and future. Choi’s third book features poems about historical and impending apocalypses, alongside musings on our responsibilities to each other and visions for our collective survival.

Many have called our time dystopian. But The World Keeps Ending, and the World Goes On reminds us that apocalypse has already come in myriad ways for marginalized peoples.

With lyric and tonal dexterity, these poems spin backwards and forwards in time--from Korean comfort women during World War II, to the precipice of climate crisis, to children wandering a museum in the future. These poems explore narrative distances and queer linearity, investigating on microscopic scales before soaring towards the universal. As she wrestles with the daily griefs and distances of this apocalyptic world, Choi also imagines what togetherness--between Black and Asian and other marginalized communities, between living organisms, between children of calamity and conquest--could look like. Bringing together Choi's signature speculative imagination with even greater musicality than her previous work, The World Keeps Ending, and the World Goes On ultimately charts new paths toward hope in the aftermaths, and visions for our collective survival.

Franny Choi is the author of two previous poetry collections, Soft Science (Alice James Books, 2019) and Floating, Brilliant, Gone (Write Bloody Publishing, 2014), as well as one chapbook, Death by Sex Machine (Sibling Rivalry Press, 2017). She is a Kundiman Fellow, a 2019 Ruth Lilly and Dorothy Sargent Rosenberg Fellow, a recipient of Princeton University’s Holmes National Poetry Prize, and a graduate of the University of Michigan’s Helen Zell Writers Program. Her poems have appeared in the New York Times, the Nation, Paris Review, and elsewhere. She lives in Western Massachusetts with her partner and their cat.

Ocean Vuong is the author of The New York Times bestselling poetry collection, Time is a Mother (Penguin Press 2022), and The New York Times bestselling novel, On Earth We're Briefly Gorgeous (Penguin Press 2019).  A recipient of a 2019 MacArthur "Genius" Grant, he is also the author of the critically acclaimed poetry collection, Night Sky with Exit Wounds, a New York Times Top 10 Book of 2016, winner of the T.S. Eliot Prize, the Whiting Award, the Thom Gunn Award, and the Forward Prize for Best First Collection.  Born in Saigon, Vietnam and raised in Hartford, Connecticut in a working class family of nail salon and factory laborers, he currently lives in Northampton, Massachusetts and serves as a tenured Professor in the Creative Writing MFA Program at NYU.

The World Keeps Ending, and the World Goes On (Hardcover) 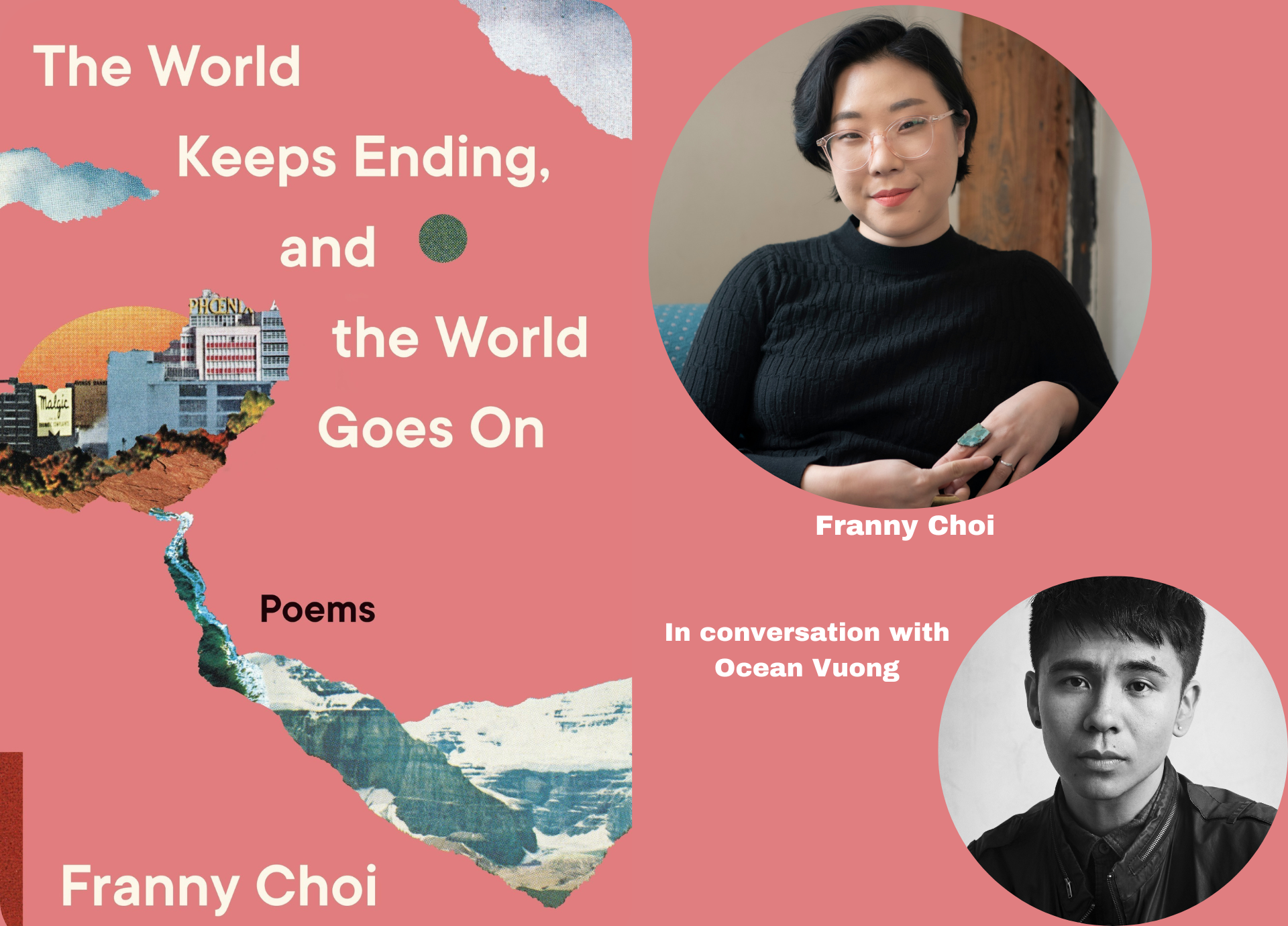