Join us in person on Wednesday, October 12 at 7 PM  as GennaRose Nethercott presents her debut novel, Thistlefoot. The reading will be animated by hand-built, hand-cranked shadow panoramas and puppetry created with the help of Wooly Mar and Shoshana Bass. She will be joined in conversation by Jedediah Berry.

In the tradition of modern fairy tales like Neil Gaiman's American Gods and Naomi Novik's Spinning Silver comes a sweeping epic rich in Eastern European folklore—a debut novel about the ancestral hauntings that stalk us, and the uncanny power of story.

The Yaga siblings—Bellatine, a young woodworker, and Isaac, a wayfaring street performer and con artist—have been estranged since childhood, separated both by resentment and by wide miles of American highway. But when they learn that they are to receive a mysterious inheritance, the siblings are reunited—only to discover that their bequest isn’t land or money, but something far stranger: a sentient house on chicken legs.

Thistlefoot, as the house is called, has arrived from the Yagas’ ancestral home in Russia—but not alone. A sinister figure known only as the Longshadow Man has tracked it to American shores, bearing with him violent secrets from the past: fiery memories that have hidden in Isaac and Bellatine’s blood for generations. As the Yaga siblings embark with Thistlefoot on a final cross-country tour of their family’s traveling theater show, the Longshadow Man follows in relentless pursuit, seeding destruction in his wake. Ultimately, time, magic, and legacy must collide—erupting in a powerful conflagration to determine who gets to remember the past and craft a new future.

GennaRose Nethercott is a writer and folklorist. Her first book, The Lumberjack’s Dove, was selected by Louise Glück as a winner of the National Poetry Series, and whether authoring novels, poems, ballads, or even fold-up paper cootie catchers, her projects are all rooted in myth—and what our stories reveal about who we are. She tours nationally and internationally performing strange tales (sometimes with puppets in tow) and composing poems-to-order on an antique typewriter with her team, The Traveling Poetry Emporium. She lives in the woodlands of Vermont, beside an old cemetery. Thistlefoot is her debut novel.

Jedediah Berry’s first novel, The Manual of Detection, won the Crawford Award and the Dashiell Hammett Prize, and was a finalist for the New York Public Library Young Lions Fiction Award. The book has been translated into a dozen languages and was adapted for broadcast by BBC Radio. His story in cards, "The Family Arcana," was a finalist for a World Fantasy Award. With his partner Emily R. Houk, he co-founded Ninepin Press. He lives in Easthampton, Massachusetts. 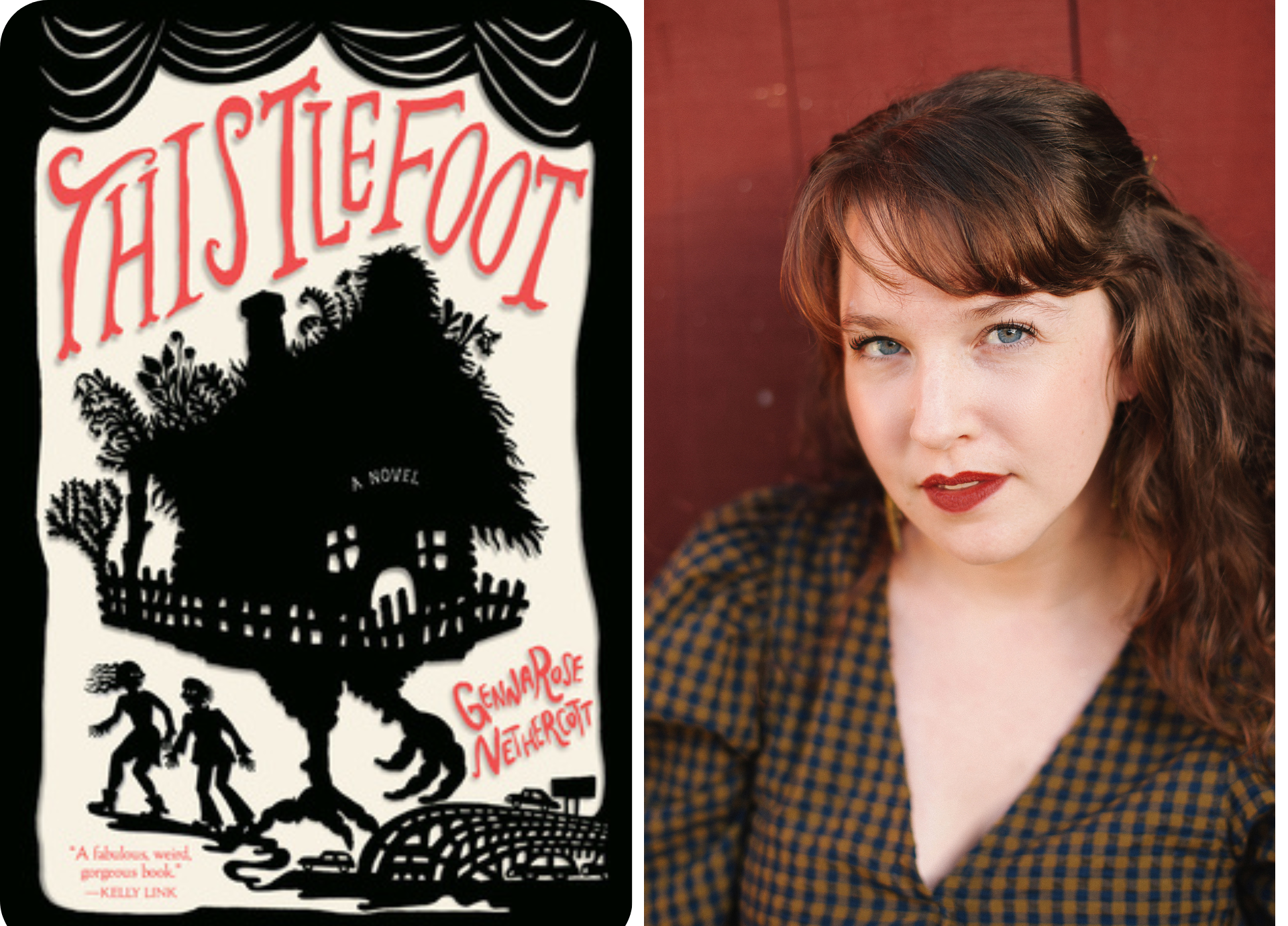