Join us on Zoom on Tuesday, September 21 at 7 PM for a conversation with Ha Jin around his new novel, A Song Everlasting.

From the universally admired, National Book Award-winning, bestselling author of Waiting—a timely novel that follows a famous Chinese singer severed from his country, as he works to find his way in the United States

At the end of a U.S. tour with his state-supported choir, popular singer Yao Tian takes a private gig in New York to pick up some extra cash for his daughter’s tuition fund, but the consequences of his choice spiral out of control. On his return to China, Tian is informed that the sponsors of the event were supporters of Taiwan’s secession, and that he must deliver a formal self-criticism. When he is asked to forfeit his passport to his employer, Tian impulsively decides instead to return to New York to protest the government’s threat to his artistic integrity.

With the help of his old friend Yabin, Tian’s career begins to flourish in the United States. But he is soon placed on a Chinese gov­ernment blacklist and thwarted by the state at every turn, and it becomes increasingly clear that he may never return to China unless he denounces the freedoms that have made his new life possible. Tian nevertheless insists on his identity as a performer, refusing to give up his art. Moving, important, and strikingly relevant to our times, A Song Everlasting is a story of hope in the face of hardship from one of our most celebrated authors.

HA JIN left his native China in 1985 to attend Brandeis University. He is the author of eight nov­els, four story collections, four volumes of poetry, a biography of Li Bai, and a book of essays. He has received the National Book Award, two PEN/ Faulkner Awards, the PEN/Hemingway Award, and the Flannery O'Connor Award for Short Fiction. In 2014 he was elected to the American Academy of Arts and Letters. He is a professor in the creative writing program at Boston University.

This event is free and open to the public. To register, click here.

Get your copy of A Song Everlasting below. 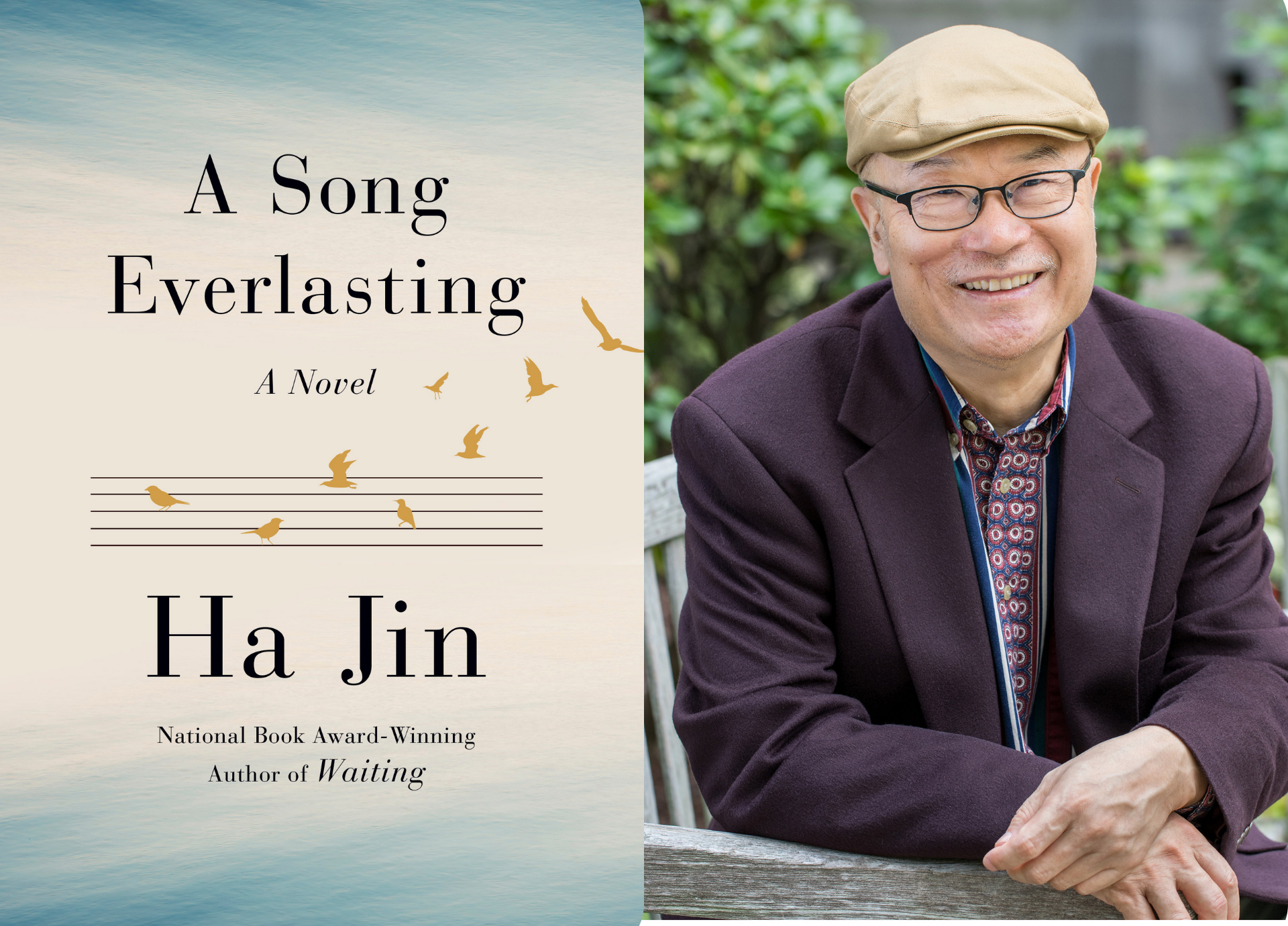