Join us on Thursday, May 13 at 7 PM on Crowdcast for a conversation with Jhumpa Lahiri, author of Whereabouts. Joining us in conversation will be Ombretta Frau, Chair of Romance Languages and Cultures at Mount Holyoke College.

Exuberance and dread, attachment and estrangement: in this novel, Jhumpa Lahiri stretches her themes to the limit. Lahiri’s narrator, a woman questioning her place in the world, wavers between stasis and movement, between the need to belong and the refusal to form lasting ties. The city she calls home acts as a companion and interlocutor: traversing the streets around her house, and in parks, piazzas, museums, stores, and coffee bars, she feels less alone.

We follow her to the pool she frequents, and to the train station that leads to her mother, who is mired in her own solitude after her husband’s untimely death. Among those who appear on this woman’s path are colleagues with whom she feels ill at ease, casual acquaintances, and “him,” a shadow who both consoles and unsettles her. Until one day at the sea, both overwhelmed and replenished by the sun’s vital heat, her perspective will abruptly change.

This is the first novel Lahiri has written in Italian and translated into English. The reader will find the qualities that make Lahiri’s work so beloved: deep intelligence and feeling, richly textured physical and emotional landscapes, and a poetics of dislocation. But Whereabouts, brimming with the impulse to cross barriers, also signals a bold shift of style and sensibility. By grafting herself onto a new literary language, Lahiri has pushed herself to a new level of artistic achievement.

JHUMPA LAHIRI is the author of four works of fiction: Interpreter of Maladies, The Namesake, Unaccustomed Earth, and The Lowland; and a work of nonfiction, In Other Words. She has received numerous awards, including the Pulitzer Prize; the PEN/Hemingway Award; the PEN/Malamud Award; the Frank O'Connor International Short Story Award; the Premio Gregor von Rezzori; the DSC Prize for South Asian Literature; a 2014 National Humanities Medal, awarded by President Barack Obama; and the Premio Internazionale Viareggio-Versilia, for In altre parole.

Ombretta Frau has taught at Boston College, Rice University, and Harvard University, where she received excellence in teaching awards. At Mount Holyoke, she teaches both language and literature courses, including courses on Children’s Literature, Travel Literature, the Short Story, Literature and Fascism; Liars, Pranksters and Jesters in Italian Theatre, and Elena Ferrante. Her classes incorporate many pedagogical tools, including film and music, and she believes in creating a relaxed and friendly classroom atmosphere that encourages communication.

This event is ticketed. Your ticket purchase includes a copy of Whereabouts and admission to this online event. Purchase a ticket below to be registered for this virtual event. The first 50 people to register will receive a signed copy while supplies last. 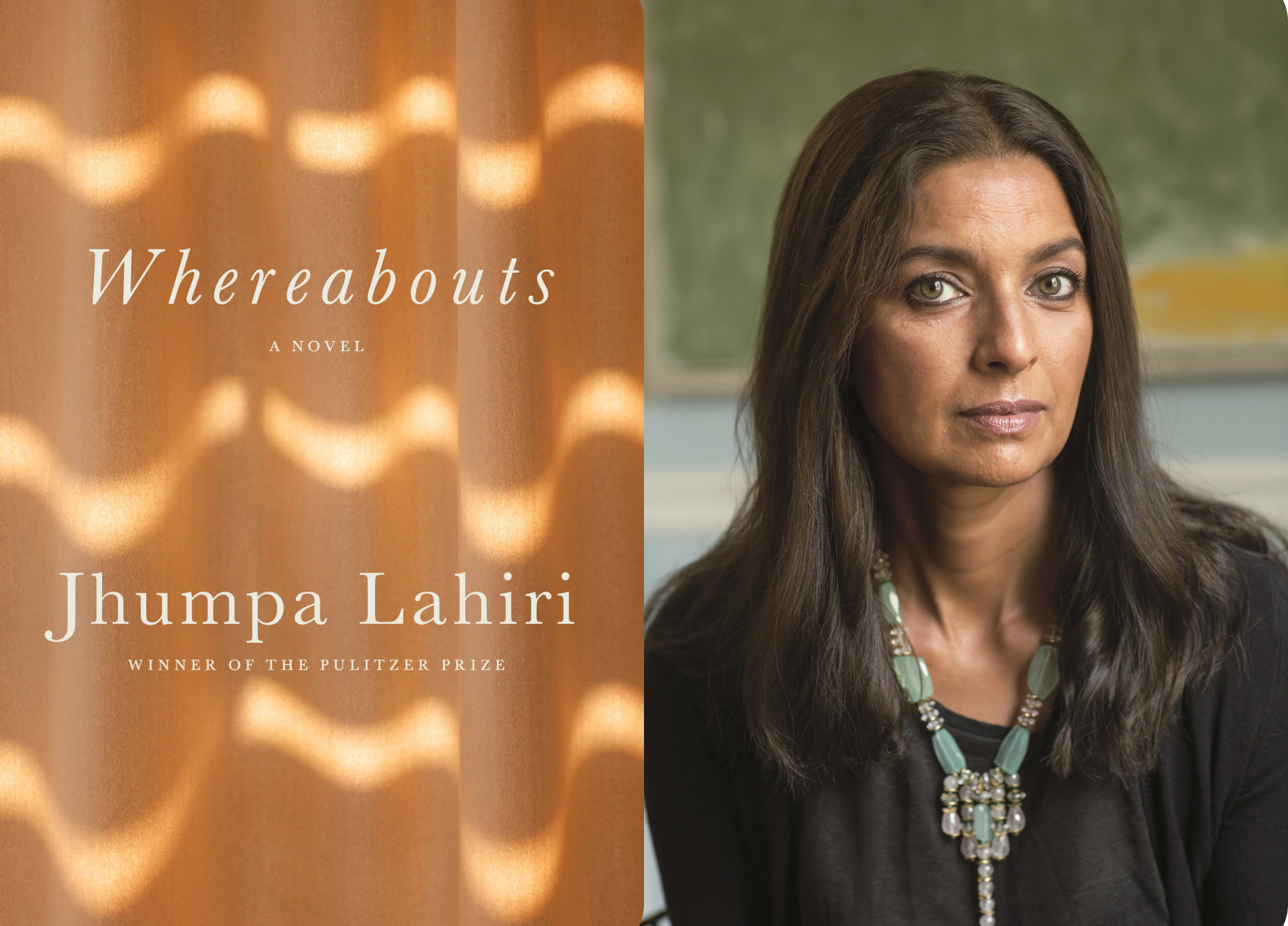