Join us on Tuesday, October 15 at 7:00pm to celebrate the paperback release of Looker with author Laura Sims.

In this taut, arresting debut, a woman becomes fixated on her neighbor—the actress.

Though the two women live just a few doors apart, a chasm lies between them. The actress, a celebrity with a charmed career, shares a gleaming brownstone with her handsome husband and three adorable children, while the recently separated narrator, unhappily childless and stuck in a dead-end job, lives in a run-down, three-story walk-up with her ex-husband’s cat.

As her fascination grows, the narrator’s hold on reality begins to slip. Before long, she’s collecting cast-off items from the actress’s stoop and fantasizing about sleeping with the actress’s husband. After a disastrous interaction with the actress at the annual block party, what began as an innocent preoccupation turns into a stunning—and irrevocable—unraveling. Immersive and darkly entertaining, Looker is a searing psychological portrait of obsession

Laura Sims’s debut novel, Looker (Scribner), was published to critical acclaim in early 2019. Sims has also published four books of poetry, including, most recently, Staying Alive; her first poetry collection, Practice, Restraint, was the winner of the 2005 Fence Books Ottoline Prize. In 2014, she edited Fare Forward: Letters from David Markson. Sims has been the recipient of a US-Japan Creative Arts Fellowship, and her poetry and prose have appeared in The New Republic, Boston Review, Conjunctions, Denver Quarterly, Fence, Gulf Coast, and other journals. She lives in South Orange, New Jersey with her family. 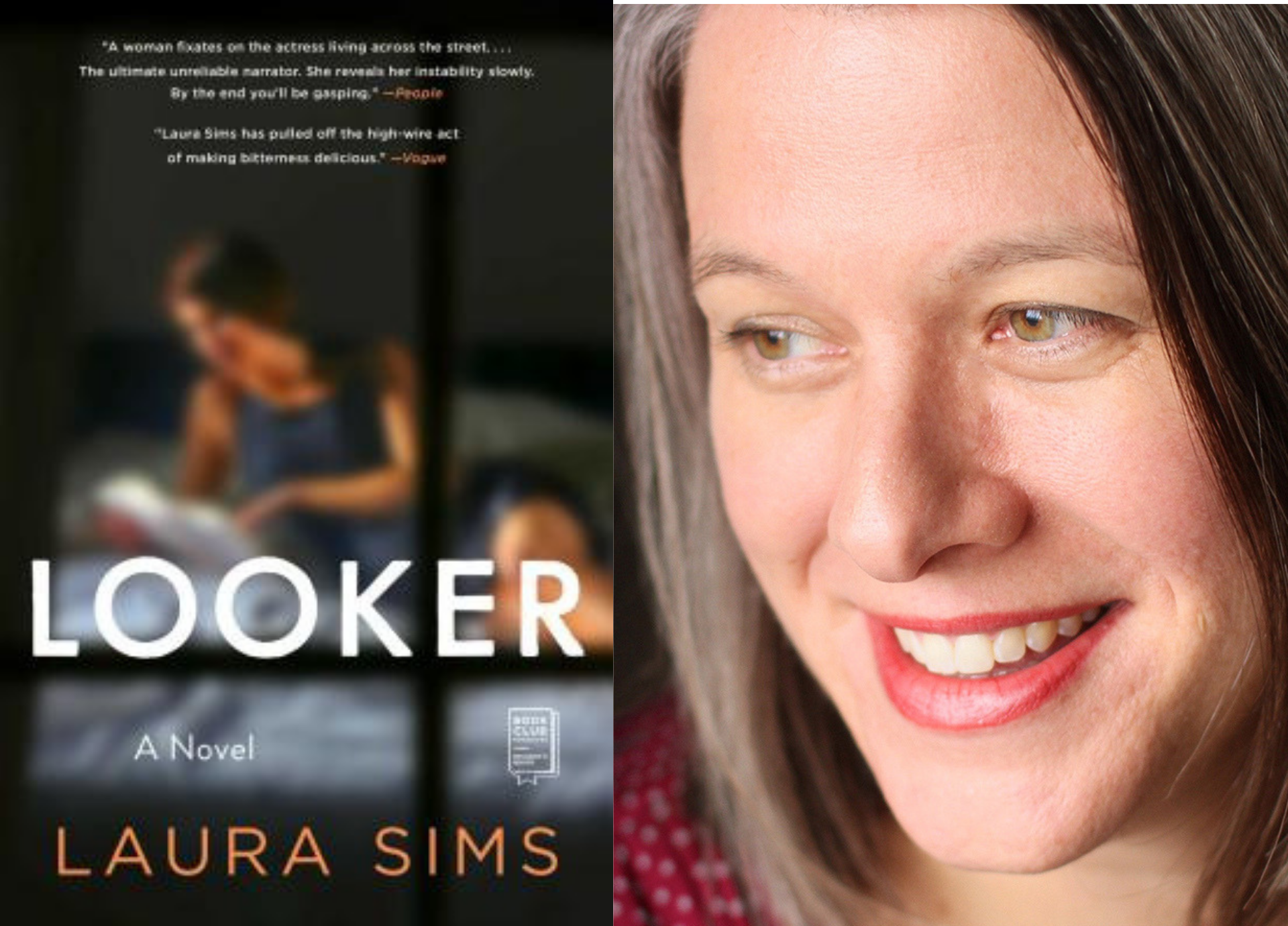