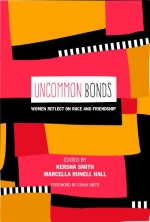 UnCommon Bonds: Women Reflect on Race and Friendship is a collection of essays written by women from across the United States. The essays unapologetically explore the challenges of developing and maintaining cross-racial female friendships. One of the primary goals of UnCommon Bonds is to resist simplifying cross-racial friendships. Instinctively, we believe there is unique joy and pain in these relationships that is never easy to summarize. Thus, we invited authors to submit narratives that challenge assumptions, disclose struggles, and celebrate the complex sisterhood between women of different races. UnCommon Bonds will entice a broad audience, ages 18-75. The essays in this book are written by women from various races, ethnicities, economic classes, sexual orientations, religions, and geographic areas. We believe many women will relate to the ideas and experiences explored in this book, as well as, men may also find these essays interesting windows into understanding the give and pull of cross-racial friendships.
Marcella Runell Hall became dean of students at Mount Holyoke in 2014, moving to the Pioneer Valley from Brooklyn, New York. She is a social justice scholar and accomplished author. She recently spent seven years at New York University, where she was the founding codirector for the Of Many Institute for Multifaith Leadership under the leadership of Chelsea Clinton, and a clinical faculty member in the Silver School of Social Work.
Hall was the recipient of the NYU 2013–2014 Dr. Martin Luther King, Jr. Faculty Award. The prestigious award recognizes faculty members who exemplify the spirit of Dr. Martin Luther King, Jr. through their excellent teaching, leadership, social justice work, and community building. Hall served as the program advisor/founder for the minor in multifaith and spiritual leadership. The Huffington Post recently called Hall “a leading scholar on the interweaving between social justice, activism, hip-hop, and faith.”
Hall has edited three award-winning books, The Hip-Hop Education Guidebook: Volume 1 (2007) with Martha Diaz, Conscious Women Rock the Page: Using Hip-Hop Fiction to Incite Social Change (2008), and Love, Race, and Liberation: ‘Til the White Day Is Done (2010) with Jennifer “JLove” Calderon. Additionally, she has written for Scholastic Books, the New York Times Learning Network, VIBE, and various academic journals, including Equity and 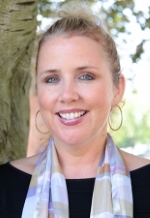 Excellence in Education.
For her accomplishments in the field, Hall has received numerous teaching and programmatic awards, including the Association of American Colleges and Universities K. Patricia Cross Future Leaders Award. She was honored by inclusion in the JFK 50th Anniversary Legacy Gallery along with other luminaries such as Madeleine Albright and Harry Belafonte. She is also a former fellow for
Hall and her partner David Hall, aka DJ Trends, have two daughters, Aaliyah and Ava.
Event date:
Friday, April 6, 2018 - 5:00pm
Event address:
Gamble Auditorium
50 College st.
South Hadley, MA 01075