Join us on Crowdcast on Thursday March 25 at 10 AM for a book talk with Michael G. Long, author of Kids on the March.

From the March on Washington to March for Our Lives to Black Lives Matter, the powerful stories of kid-led protest in America.

Kids have always been activists. They have even launched movements. Long before they could vote, kids have spoken up, walked out, gone on strike, and marched for racial justice, climate protection, gun control, world peace, and more.

Kids on the March tells the stories of these protests, from the March of the Mill Children, who walked out of factories in 1903 for a shorter work week, to 1951’s Strike for a Better School, which helped build the case for Brown v. Board of Education, to the twenty-first century’s most iconic movements, including March for Our Lives, the Climate Strike, and the recent Black Lives Matter protests reshaping our nation.

Powerfully told and inspiring, Kids on the March shows how standing up, speaking out, and marching for what you believe in can advance the causes of justice, and that no one is too small or too young to make a difference.

Michael G. Long is the author or editor of numerous books on civil rights, LGBTQ rights, protest movements, and politics, including 42 Today: Jackie Robinson’s Life and Legacy; Troublemaker for Justice: Bayard Rustin, the Man Behind the March in Washington; We the Resistance: Documenting a History of Nonviolent Protest in the United States; First Class Citizenship: The Civil Rights Letters of Jackie Robinson; and Marshalling Justice: The Early Civil Rights Letters of Thurgood Marshall. He has also written for the Los Angeles Times, the Chicago Tribune, USA Today, ESPN’s The Undefeated, and other publications. A popular speaker, Long has given talks at the Central Intelligence Agency, the Library of Congress, the National Constitution Center, the National Museum of American History, the National Archives, Fenway Park, the Negro Leagues Baseball Museum, the Schomberg Center of the New York Public Library, the Historical Society of Pennsylvania, and the New-York Historical Society, and Yale University, among other places. Long lives with his spouse Karin and their two sons, Jackson and Nate, in Camp Hill, Pennsylvania. He loves eating dinner with his family, pretending to be a professional gardener, trying to coax bluebirds to live in his backyard, and, of course, telling cool stories about kid protesters.

Get your copy of Kids On The March below.

Kids on the March: 15 Stories of Speaking Out, Protesting, and Fighting for Justice (Hardcover) 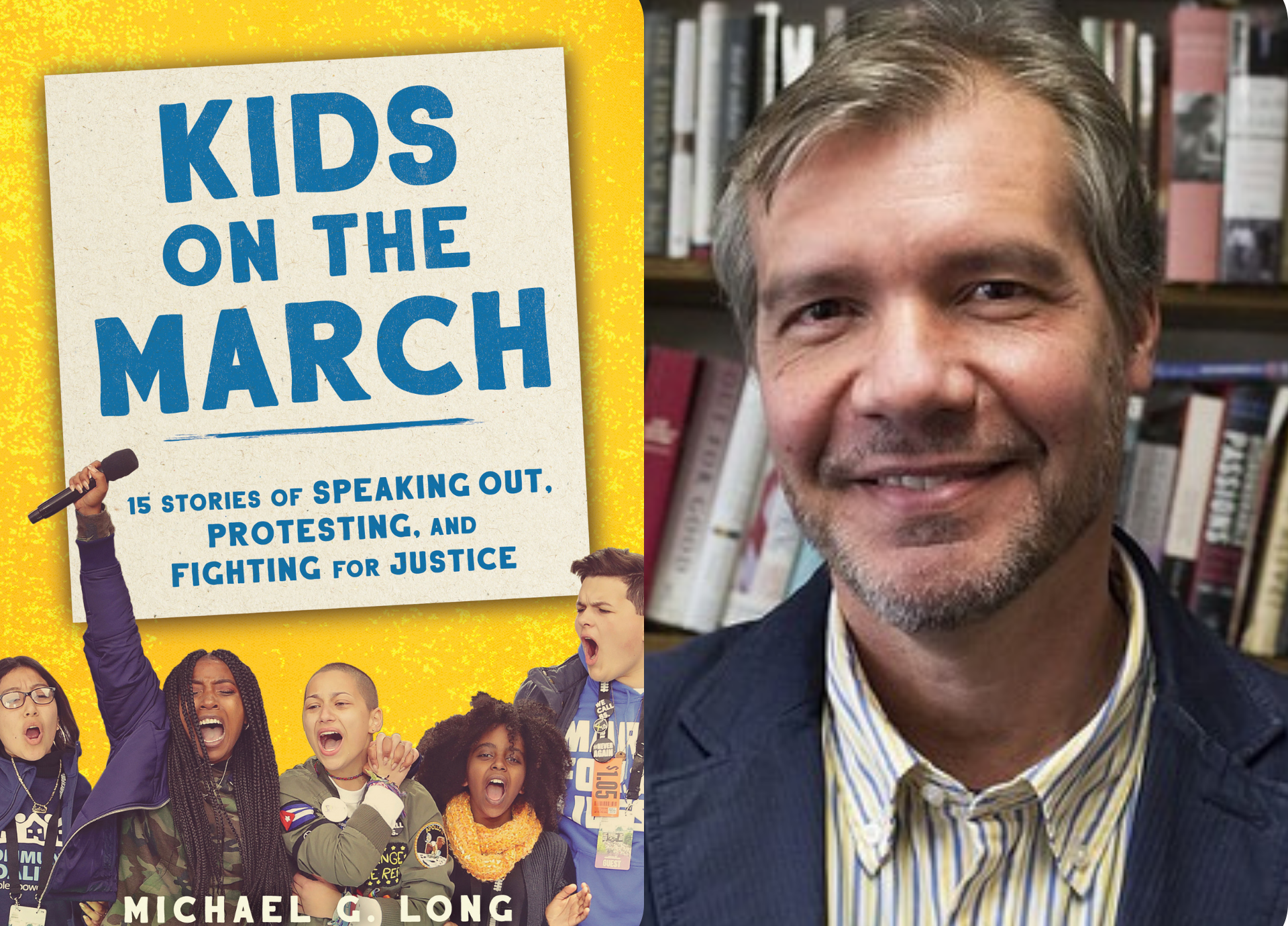