As an undergraduate, Michele Filgate started writing an essay about being abused by her stepfather. It took her more than a decade to realize what she was actually trying to write: how this affected her relationship with her mother. When it was finally published, the essay went viral, shared on social media by Anne Lamott, Rebecca Solnit, and many others. The outpouring of responses gave Filgate an idea, and the resulting anthology offers a candid look at our relationships with our mothers.
While some of the writers in this book are estranged from their mothers, others are extremely close. Leslie Jamison writes about trying to discover who her seemingly perfect mother was before ever becoming a mom. In Cathi Hanauer’s hilarious piece, she finally gets a chance to have a conversation with her mother that isn’t interrupted by her domineering (but lovable) father. André Aciman writes about what it was like to have a deaf mother. Melissa Febos uses mythology as a lens to look at her close-knit relationship with her psychotherapist mother. And Julianna Baggott talks about having a mom who tells her everything.
As Filgate writes, “Our mothers are our first homes, and that’s why we’re always trying to return to them.” There’s relief in breaking the silence. Acknowledging what we couldn’t say for so long is one way to heal our relationships with others and, perhaps most important, with ourselves.
Contributors include Cathi Hanauer, Melissa Febos, Alexander Chee, Dylan Landis, Bernice L. McFadden, Julianna Baggott, Lynn Steger Strong, Kiese Laymon, Carmen Maria Machado, André Aciman, Sari Botton, Nayomi Munaweera, Brandon Taylor, and Leslie Jamison.
Michele Filgate is a contributing editor at Literary Hub and the editor of an anthology based on her Longreads essay, What My Mother and I Don’t Talk About, forthcoming from Simon & Schuster on April 30, 2019. Currently, she is an M.F.A. student at NYU, where she is the recipient of the Stein Fellowship. Her work has appeared in Longreads, The Washington Post, The Los Angeles Times, The Boston Globe, Refinery29, Slice, The Paris Review Daily, Tin House, Gulf Coast, The Rumpus, Salon, Interview Magazine, Buzzfeed, The Barnes & Noble Review, Poets & Writers, CNN.com, Fine Books & Collections Magazine, DAME Magazine, The Brooklyn Quarterly, Time Out New York, People, The Daily Beast, O, The Oprah Magazine, Men's Journal, Vulture, Vol. 1 Brooklyn, The Star Tribune, The Quarterly Conversation, The Brooklyn Rail, and other publications. She teaches creative nonfiction for The Sackett Street Writers' Workshop, Catapult, and Stanford Continuing Studies and is the founder of the Red Ink series. In 2016, Brooklyn Magazine named her one of "The 100 Most Influential People in Brooklyn Culture." She’s a former board member of the National Book Critics Circle.
Cathi Hanauer is the New York Times bestselling author of three novels (Gone, Sweet Ruin, and My Sister’s Bones) and two anthologies: The Bitch in the House (2002), which sold in 16 countries, and The Bitch is Back, an NPR “Best Book” of 2016. She’s published articles, essays, and criticism in The New York Times, Elle, O, Real Simple, and many other magazines, and is the co-founder, along with her husband, Daniel Jones, of the New York Times “Modern Love” column. She lives in Northampton, MA and New York City. Find her at www.cathihanauer.com, or watch her 2017 Ted Talk on “How I Became The Bitch in the House.”
Please click here to RSVP for this FREE event!
Event date:
Thursday, June 6, 2019 - 7:00pm
Event address:
9 College st.
50 College St.
South Hadley, MA 01075

What My Mother and I Don't Talk About: Fifteen Writers Break the Silence (Hardcover) 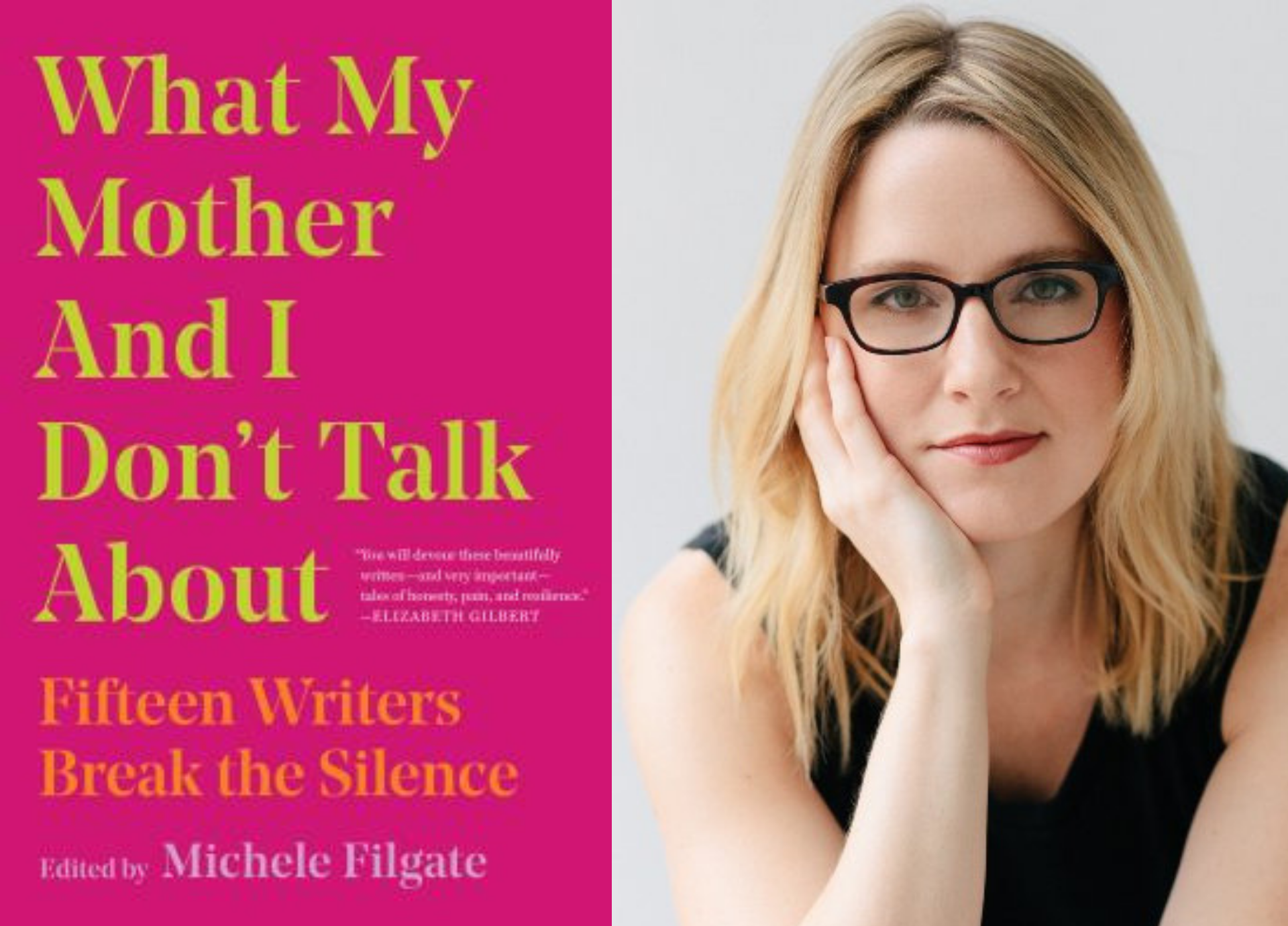