Join us on Zoom on Wednesday, October 27 at 7 PM for Myriam Chancy around her novel,What Storm, What Thunder. She will be joined in conversation with  Jose Oliveraz, author of Citizen Illegal

The earth had buckled and, in that movement, all that was not in its place fell upon the earth’s children, upon the blameless as well as the guilty, without discrimination.

At the end of a long, sweltering day, as markets and businesses begin to close for the evening, an earthquake of 7.0 magnitude shakes the capital of Haiti, Port-au-Prince. Award-winning author Myriam J. A. Chancy masterfully charts the inner lives of the characters affected by the disaster—Richard, an expat and wealthy water-bottling executive with a secret daughter; the daughter, Anne, an architect who drafts affordable housing structures for a global NGO; a small-time drug trafficker, Leopold, who pines for a beautiful call girl; Sonia and her business partner, Dieudonné, who are followed by a man they believe is the vodou spirit of death; Didier, an emigrant musician who drives a taxi in Boston; Sara, a mother haunted by the ghosts of her children in an IDP camp; her husband, Olivier, an accountant forced to abandon the wife he loves; their son, Jonas, who haunts them both; and Ma Lou, the old woman selling produce in the market who remembers them all. Artfully weaving together these lives, witness is given to the desolation wreaked by nature and by man.

Brilliantly crafted, fiercely imagined, and deeply haunting, What Storm, What Thunder is a singular, stunning record, a reckoning of the heartbreaking trauma of disaster, and—at the same time—an unforgettable testimony to the tenacity of the human spirit.

Myriam J. A. Chancy is a Haitian-Canadian-American writer, the HBA Chair in the Humanities at Scripps College in Claremont, California, and a Fellow of the John Simon Guggenheim Memorial Foundation.

José Olivarez is the son of Mexican immigrants. His debut book of poems, Citizen Illegal, was a finalist for the PEN/ Jean Stein Award and a winner of the 2018 Chicago Review of Books Poetry Prize. It was named a top book of 2018 by The Adroit Journal, NPR, and the New York Public Library. Along with Felicia Chavez and Willie Perdomo, he co-edited the poetry anthology, The BreakBeat Poets Vol. 4: LatiNEXT. He is the co-host of the poetry podcast, The Poetry Gods. His work has been featured in The New York Times, The Paris Review, and elsewhere.

This event is free and open to the public. To register, click here

What Storm, What Thunder (Hardcover) 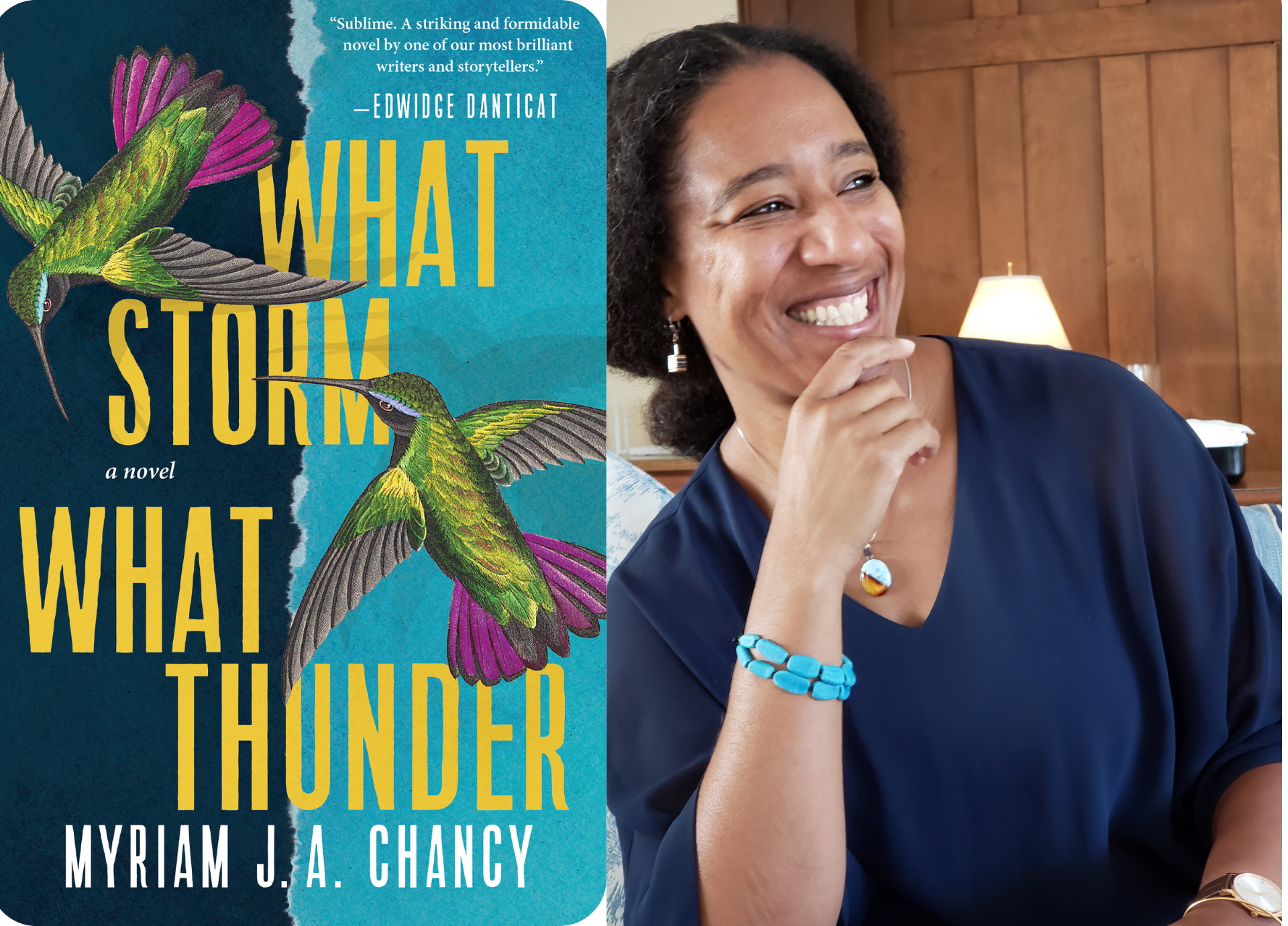