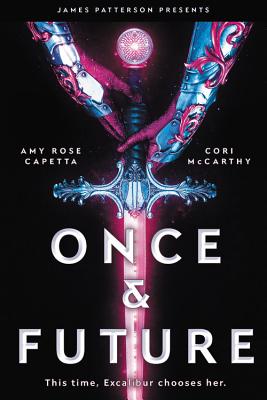 King Arthur as you've never imagined! This bold, sizzling YA retells the popular legend with the Once and Future King as a teenage girl -- and she has a universe to save.

I've been chased my whole life. As a fugitive refugee in the territory controlled by the tyrannical Mercer corporation, I've always had to hide who I am. Until I found Excalibur.

My name is Ari Helix. I have a magic sword, a cranky wizard, and a revolution to start.

When Ari crash-lands on Old Earth and pulls a magic sword from its ancient resting place, she is revealed to be the newest reincarnation of King Arthur. Then she meets Merlin, who has aged backward over the centuries into a teenager, and together they must break the curse that keeps Arthur coming back. Their quest? Defeat the cruel, oppressive government and bring peace and equality to all humankind.

*STARRED REVIEW* "All hail this worthier-than-ever, fresh, and affirming reincarnation of the legendary king and her round table of knights which dazzles with heroic flair, humor, and suspense." --Kirkus

Cori McCarthy is the author of four young adult books, including BREAKING SKY, which received multiple starred reviews and is in development to become a film by Sony Pictures, and a 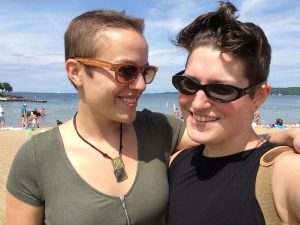 forthcoming nonfiction picture book. Cori is an Irish-Lebanese American who, like many of their characters, is a member of the LGBTQ+ community. After earning a BA in Creative Writing from Ohio University, they completed UCLA's Professional Program in Screenwriting and earned an MFA in Writing for Children & Young Adults from Vermont College of Fine Arts. Cori lives in the mountains of Vermont with their partner and young son.

Amy Rose Capetta is the author of several YA novels, including punk rock ECHO AFTER ECHO (starred review), and THE BRILLIANT DEATH, which releases October 2018. Amy Rose holds a BA in Theater Arts from UC Santa Cruz and an MFA in Writing for Children and Young Adults from VCFA. With Cori McCarthy, she is the co-founder of the Rainbow Boxes initiative which sent LGBTQIAP fiction to readers in all 50 states, and the Rainbow Writers Workshop, which helps find and develop exciting new voices. She lives in Vermont with her ONCE & FUTURE co-author and the champion of her heart, Cori.

If you are not able to attend the event but would like a signed copy, please order below and write "signed" in the comments section upon checkout.