Worker-owned co-operatives have been part of the U.S. economy since the founding, but they’ve been easily eclipsed by an economy driven by corporate behemoths. Today they could be the alternative to corporate power and are attracting much interest again among community and labor organizers and more generally.

In Springfield, Wellspring Cooperative Corporation is creating a network of worker-owned companies that will provide on-the-job training, employment, and wealth creation opportunities for low income and unemployed residents.

In the Legislature, Rep. Paul Mark has introduced An Act to Create and Sustain Jobs Through Development of Employee-Owned Businesses and Cooperatives and other measures relative to job creation through employee ownership.

Mass. Second Berkshire Rep. Paul Mark and Wellspring Cooperative Corporation Co-Directors Emily Kawano and Fred Rose will help us answer the question: What are the prospects for growing the worker co-operative economy in Massachusetts?

Paul Mark began representing the 2nd Berkshire District in the Massachusetts House of Representatives on January 5, 2011. Paul’s district encompasses 16 communities in Berkshire and Franklin Counties, the largest geographical Representative district in the Commonwealth. The son of a Teamster who became a telephone worker after his warehouse closed, Paul also went into the telephone company, at the age of 20. He immediately joined the IBEW, the company eventually became Verizon, and he’s been on strike several times. While there, Paul earned a Master of Science degree at UMass Amherst and graduated from Suffolk Law and Northeastern University’s Law and Public Policy Doctoral.

Emily Kawano and Fred Rose are founders and Co-Directors of the Wellspring Cooperative Corporation in Springfield.

Wellspring is a community-based cooperative development organization with a mission to create a network of worker-owned companies in Springfield that will provide on-the-job training, employment, and wealth creation opportunities for low income and unemployed residents. Wellspring leverages the purchasing power of “anchor institutions” – such as government, colleges, and hospitals – that are anchored in the city, not playing the global capital game.  So far, Wellspring’s co-ops are the Wellspring Upholstery Cooperative, an upholstery shop; the Old Window Workshop, a women-owned window restoration company; Wellspring Harvest, an innovative, hydroponic urban greenhouse producing year round, high quality produce; and Jumping Jack Hoops which sells handmade hula hoops and gives fitness and therapy workshops.

Emily is on the Board of the United States Solidarity Economy Network, which she helped start. An economist by training – she has a PhD in economics from UMass Amherst – she served as the Director of the Center for Popular Economics for nine years.

Fred also lectures at the UMass Amherst Center for Public Policy and Administration. He studies public administration and public policy formulation, political science, and social movements. He was a co-founder and lead organizer of the Pioneer Valley Project, a faith-congregations-based community organizing project in Springfield. 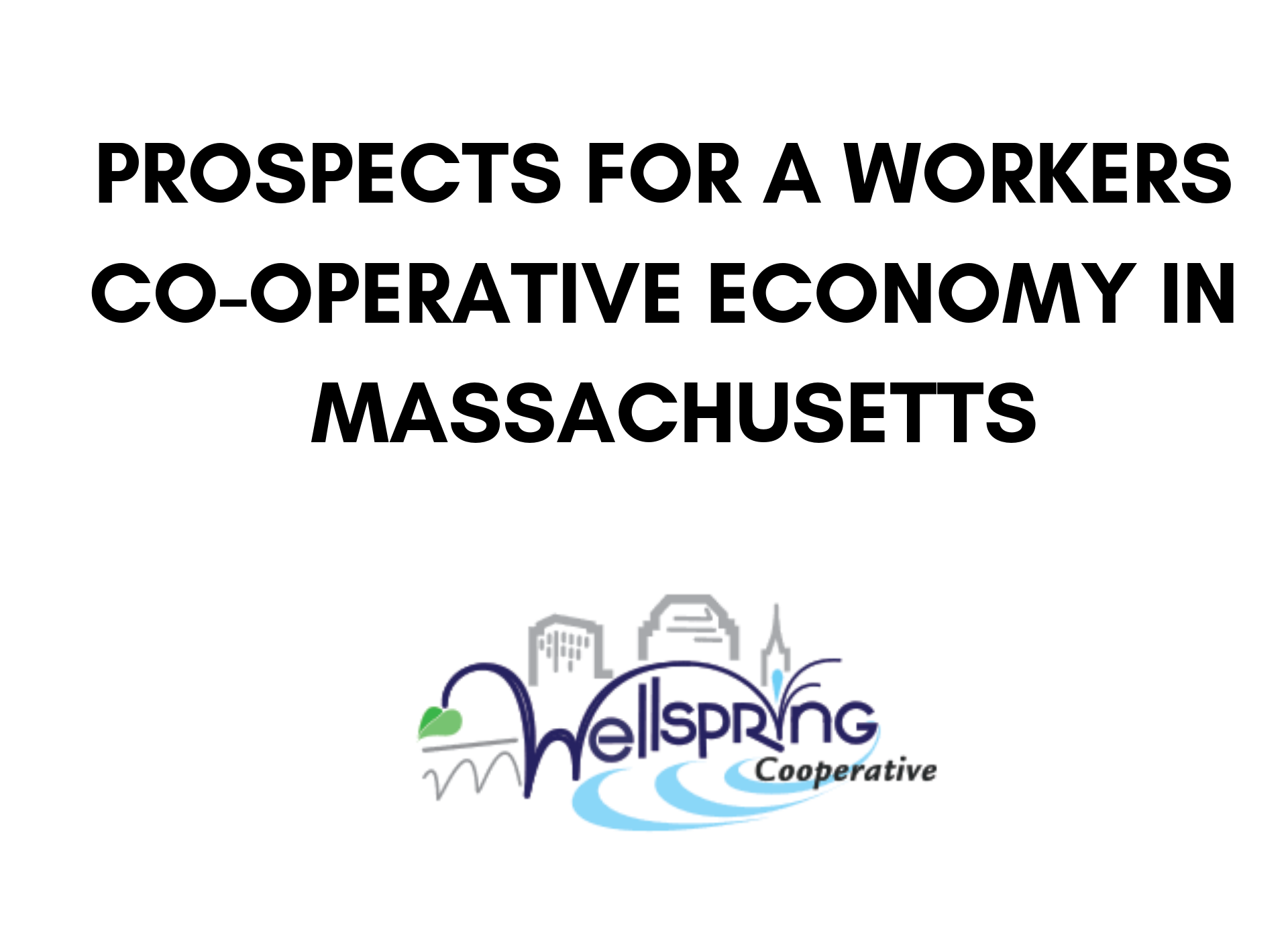