Join us live and in person for a family event on Saturday, September 17 at 11 AM. Rebecca Sheir, host of the Circle Round podcast, will join us to read the Circle Round books, The Unwelcome Guest and A Taste of Honey. Author Rebecca Sheir will read each book live while Eric Shimelonis provides musical accompaniment on the sitar and oud.

About The Unwelcome Guest

The town beside the sea was abuzz with the news. The governor was holding a grand banquet and everyone was invited—everyone! But no one was as excited as Nasruddin.

On the day of the celebration, Nasruddin works hard in his vineyard picking and squishing grapes. He planned to wear his special long red silk coat, but at the end of the day it’s too late for him to go home and change! When he arrives at the banquet in his grape-juice-stained work clothes, he looks different from what the townspeople were expecting. But Nasruddin is a clever fellow—and he figures out a most delicious way to teach the town a lesson about judging people for the way they look.

About A Taste of Honey

In a village in the countryside lived a woman named Kamala who had the most delicious honey you’ve ever tasted. She collected honey from her hives to sell at the market, but business was slow, and she and her father were struggling to get by. Kamala knew she had to do something, so when she heard that the king’s son was getting married and all the villagers were invited to the party, she got an idea.

When Kamala’s first plan doesn’t exactly work out and seven tricky thieves try to steal from her, she has to rely on her own wits to outsmart them—and discovers a rather sweet reward.

Rebecca Sheir is the host and writer of Circle Round, WBUR’s storytelling podcast. A longtime public-radio contributor, Rebecca has hosted and reported stories for many NPR programs. She lives in western Massachusetts with her husband and son.

A Taste of Honey: Kamala Outsmarts the Seven Thieves; A Circle Round Book (Hardcover)

The Tale of the Unwelcome Guest: Nasruddin Teaches the Town a Lesson; A Circle Round Book (Hardcover) 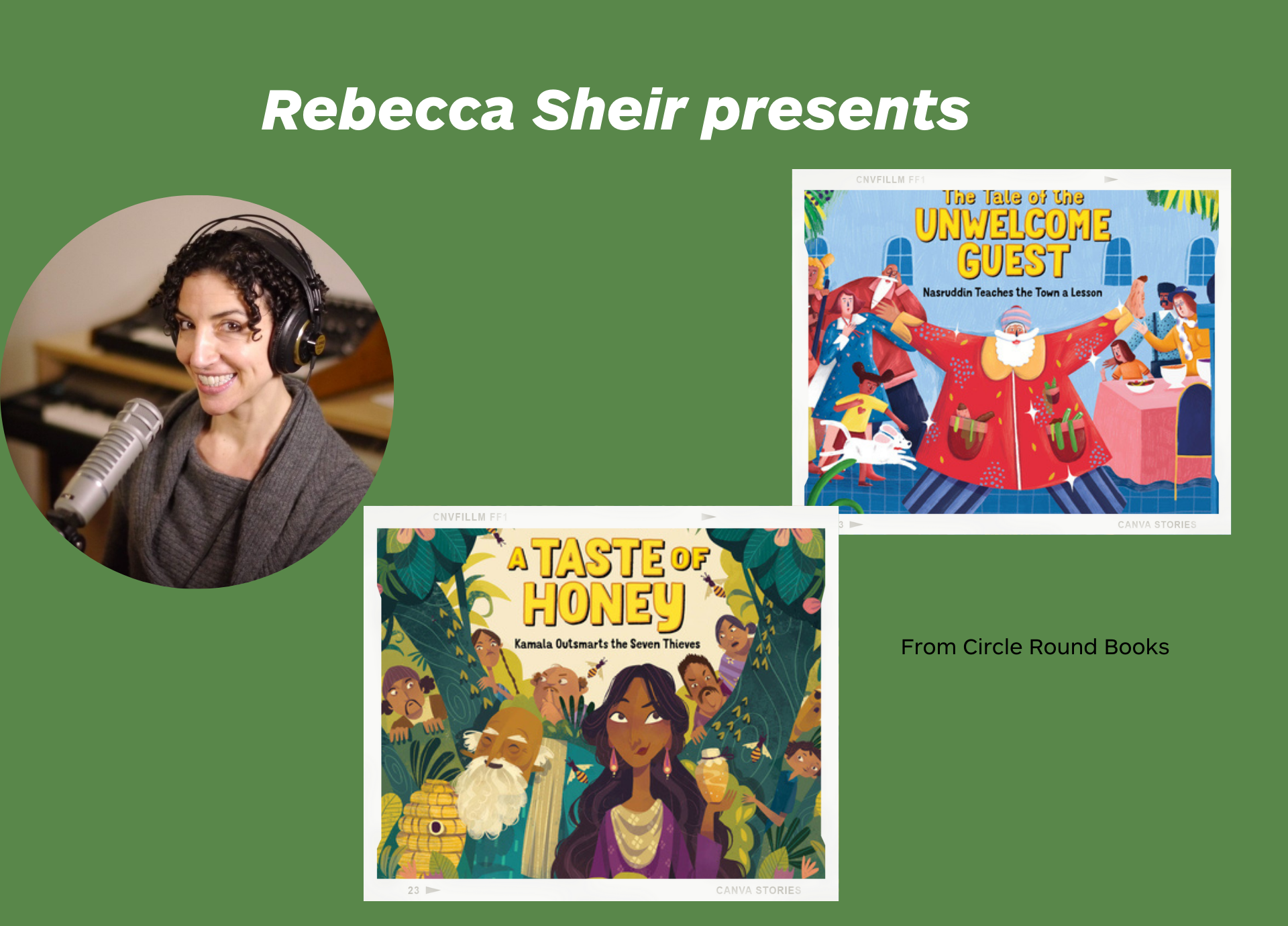