Join us on Sunday, June 7 for a reading and book signing with Sarah Prager, author of Rainbow Revolutionaries: Fifty LGBTQ+ People Who Made History.

This groundbreaking, pop-culture-infused LGBTQ+ illustrated biography collection takes readers on an eye-opening journey through the lives of fifty influential queer figures who have made a mark on every century of human existence.

Rainbow Revolutionaries brings to life the vibrant histories of fifty pioneering LGBTQ+ people from around the world. Through Sarah Prager’s (Queer, There, and Everywhere) short, engaging bios, and Sarah Papworth’s bold, dynamic art, readers can delve into the lives of Wen of Han, a Chinese emperor who loved his boyfriend as much as his people, Martine Rothblatt, a trans woman who’s helping engineer the robots of tomorrow, and so many more!

This book is a celebration of the many ways these heroes have made a difference and will inspire young readers to make a difference, too. Featuring an introduction, map, timeline, and glossary, this must-have biography collection is the perfect read during Pride month and all year round.

Sarah Prager is a writer, activist, and speaker on LGBTQ+ history. Her widely praised first book on the subject, Queer, There, and Everywhere: 23 People Who Changed the World, received numerous accolades, including three starred reviews and being named a Best Book for Teens by the New York Public Library and Chicago Public Library. Her second book, Rainbow Revolutionaries: 50 LGBTQ+ People Who Made History, is for ages 8–12. Prager's writing has appeared in The Atlantic, HuffPost, and many other publications. She has presented on this topic to over 130 groups across five countries, including the U.S. Embassy in Mexico City. Prager also created Quist, a free mobile app for learning LGBTQ+ history, in 2013 and was invited to the White House to contribute on LGBTQ+ tech issues in 2014. Prager lives with her wife and their children in Massachusetts. 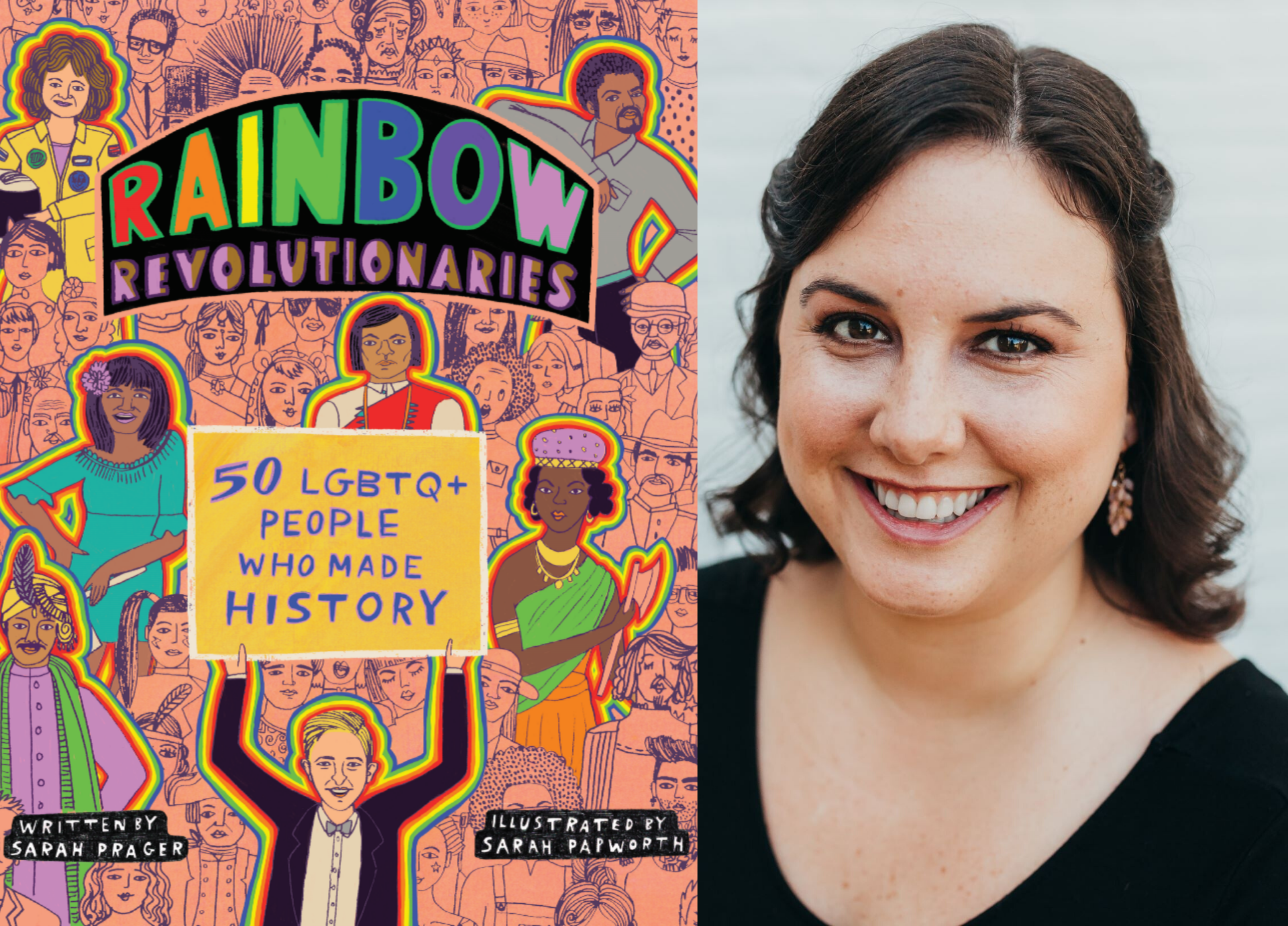