Join us on Tuesday, August 13 at 7:00pm for a discussion and book signing with T. Greenwood, author of Keeping Lucy.

The heartbreaking and uplifting story, inspired by true events, of how far one mother must go to protect her daughter.

Dover, Massachusetts, 1969. Ginny Richardson's heart was torn open when her baby girl, Lucy, born with Down Syndrome, was taken from her. Under pressure from his powerful family, her husband, Ab, sent Lucy away to Willowridge, a special school for the “feeble-minded." Ab tried to convince Ginny it was for the best. That they should grieve for their daughter as though she were dead. That they should try to move on.

But two years later, when Ginny's best friend, Marsha, shows her a series of articles exposing Willowridge as a hell-on-earth--its squalid hallways filled with neglected children--she knows she can't leave her daughter there. With Ginny's six-year-old son in tow, Ginny and Marsha drive to the school to see Lucy for themselves. What they find sets their course on a heart-racing journey across state lines—turning Ginny into a fugitive.

For the first time, Ginny must test her own strength and face the world head-on as she fights Ab and his domineering father for the right to keep Lucy. Racing from Massachusetts to the beaches of Atlantic City, through the Blue Ridge Mountains of Virginia to a roadside mermaid show in Florida, Keeping Lucy is a searing portrait of just how far a mother’s love can take her.

Based on incredible true events, Keeping Lucy is the searing, heartfelt, and breathtaking story of just how far a mother’s love can take her.

T. Greenwood has received grants from the Sherwood Anderson Foundation, the Christopher Isherwood Foundation, the National Endowment for the Arts, and the Maryland State Arts Council.

Two Rivers was named 2009 Best General Fiction Book at the San Diego Book Awards, and Grace received the same award for 2012. Her eighth novel, Bodies of Water, was a 2014 Lambda Literary Awards Finalist.

Greenwood teaches creative writing for San Diego Writer's Ink, Grossmont College, and online for The Writer's Center. She and her husband, Patrick, live in San Diego, CA, with their two daughters. 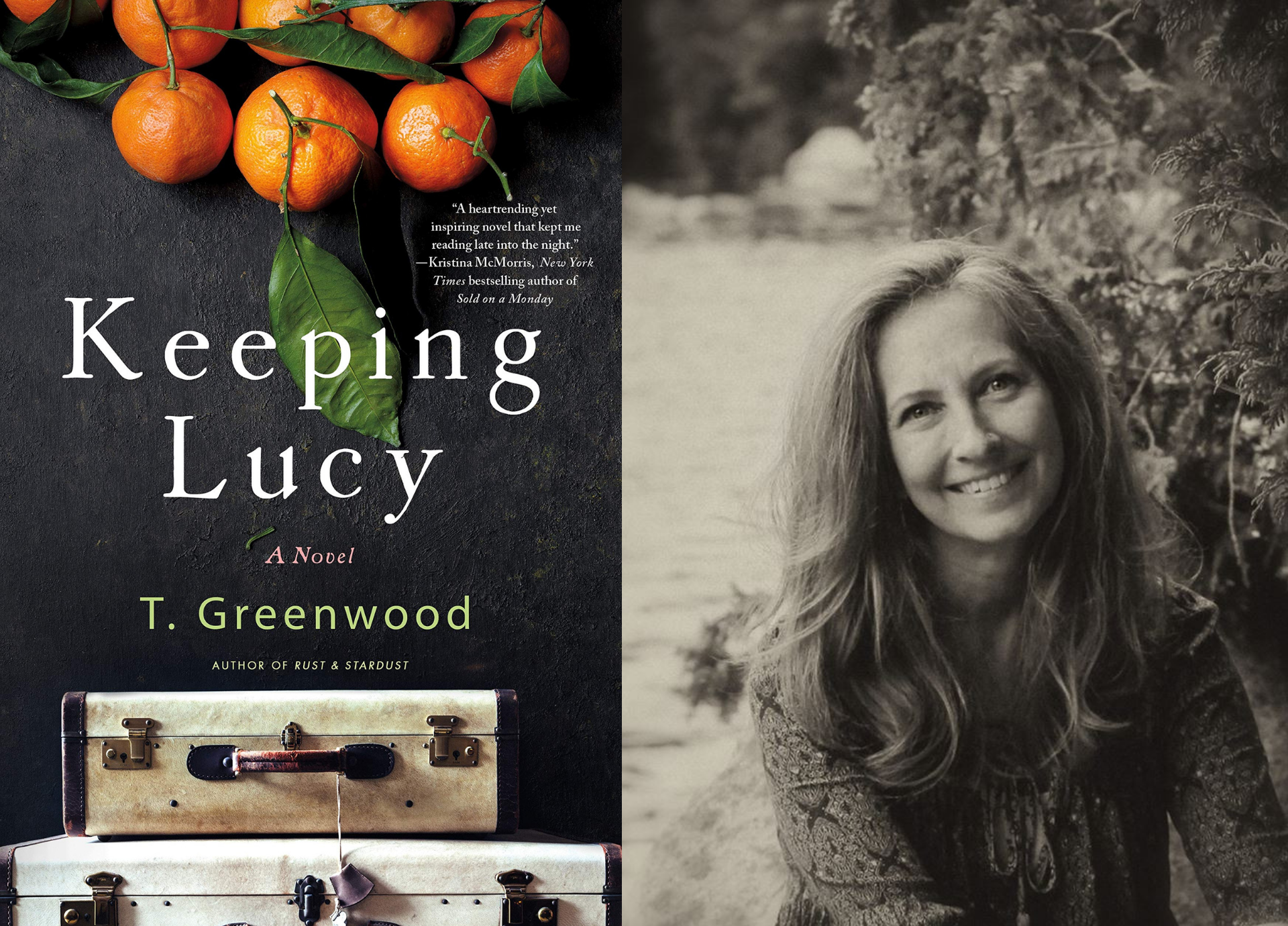