Join us live and  in person on Thursday, May 26, at 7 PM as Tsering Lama discusses her debut novel, We Measure the Earth with Our Bodies. This is the May First Editions Club selection. She will be joined in conversation by Thondup Tsering, a North America representative of the Tibetan Parliament-in-Exile.

For readers of Homegoing and The Leavers, a compelling and profound debut novel about a Tibetan family's journey through exile.

In the wake of China's invasion of Tibet throughout the 1950s, Lhamo and her younger sister, Tenkyi, arrive at a refugee camp in Nepal. They survived the dangerous journey across the Himalayas, but their parents did not. As Lhamo-haunted by the loss of her homeland and her mother, a village oracle-tries to rebuild a life amid a shattered community, hope arrives in the form of a young man named Samphel and his uncle, who brings with him the ancient statue of the Nameless Saint-a relic known to vanish and reappear in times of need.

Decades later, the sisters are separated, and Tenkyi is living with Lhamo's daughter, Dolma, in Toronto. While Tenkyi works as a cleaner and struggles with traumatic memories, Dolma vies for a place as a scholar of Tibetan Studies. But when Dolma comes across the Nameless Saint in a collector's vault, she must decide what she is willing to do for her community, even if it means risking her dreams.

Breathtaking in its scope and powerful in its intimacy, We Measure the Earth with Our Bodies is a gorgeously written meditation on colonization, displacement, and the lengths we'll go to remain connected to our families and ancestral lands. Told through the lives of four people over fifty years, this novel provides a nuanced, moving portrait of the little-known world of Tibetan exiles.

TSERING YANGZOM LAMA was born and raised in Nepal, where her family settled after fleeing Tibet in the early 1960s. She has since lived in Vancouver, Toronto, and New York City. She received a BA in creative writing and international relations from the University of British Columbia, and an MFA from Columbia University. Her writing has been awarded by the Canada Council for the Arts, Hedgebrook, Tin House, Art Omi, the Barbara Deming Memorial Fund, and many others. She is a lifelong activist and serves as a storytelling advisor for Greenpeace International.

About the Conversation Partner

THONDUP TSERING, coordinator for student success in residence education at UMass Amherst, was recently elected to the 17th Tibetan Parliament in Exile (TPiE) from North/South America. Thondup has been a leader in the local Tibetan community and is former President of the Regional Tibetan Association of Western Massachusetts.

We Measure the Earth with Our Bodies (Hardcover) 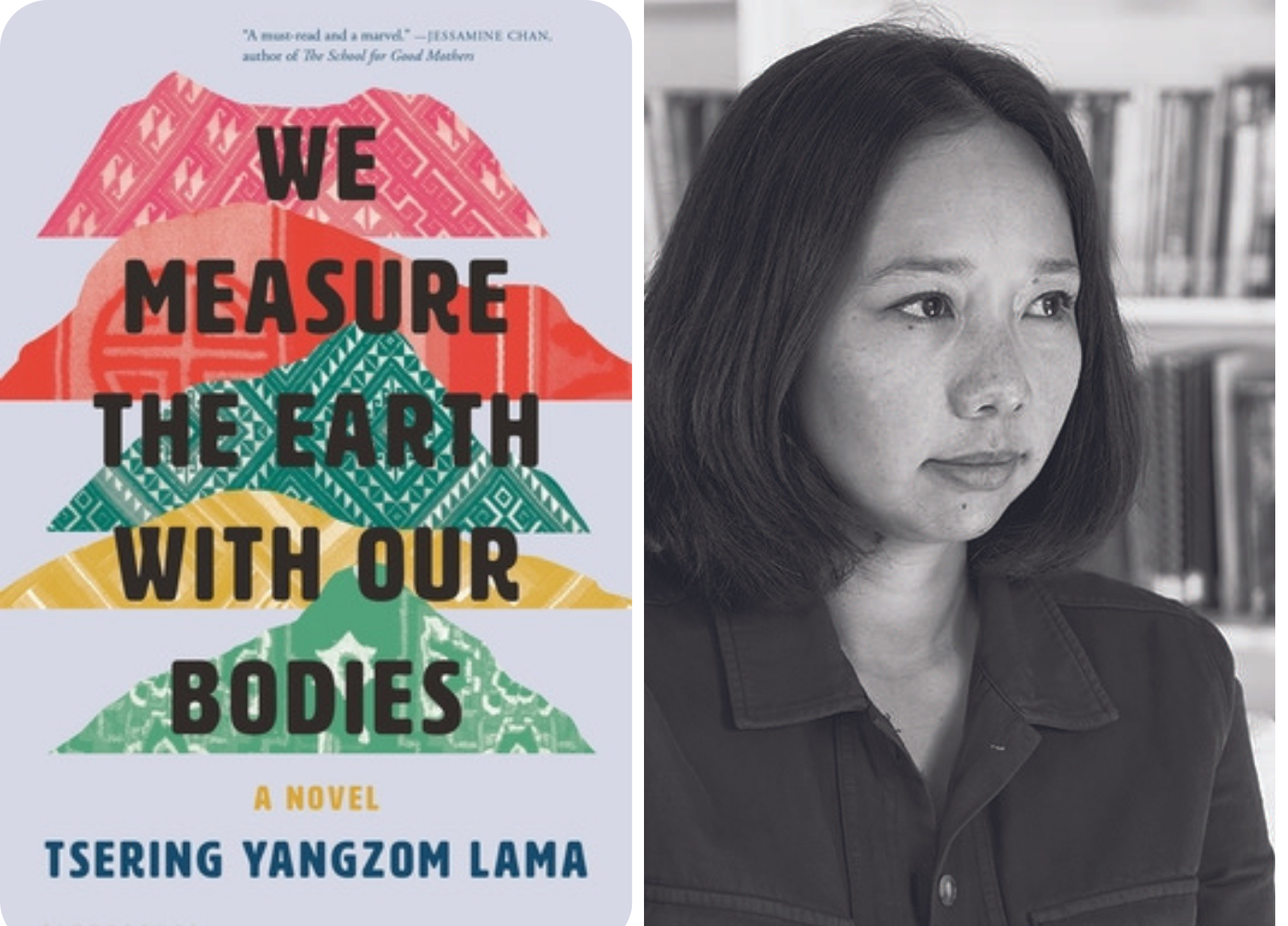