Fierce Reads is partnering with NaNoWriMo and The Odyssey Bookshop to host a night of Young Adult Literature brilliance as NaNoWriMo launches into their 2020 November Novel writing month. If you haven’t heard, it’s where you write a whole novel. In a month. If that seems daunting to you, it’s because it is! Join us for this panel as Grant Faulkner, the executive director of National Novel Writing Month, discusses with our four authors the ins and outs of the writing process, publishing, and your favorite YA reads..

And wait — there’s more! Make sure you attend the event for information on a raffle you can enter for a chance to win a first chapter critique from an editor with Macmillan Children’s Publishing Group. Come to this event to be inspired, then write a whole novel in November, and then get a possible first chapter critique on the work you did from a publisher. Three easy steps, so start writing!

The event is free to attend and will take place via YouTube Live. Watch here: https://www.youtube.com/watch?v=QdXDK_3mtS0&feature=youtu.be

Now That I've Found You is a YA novel about searching for answers, love, and your eccentric grandma in all the wrong places.

Following in the footsteps of her überfamous grandma, eighteen-year-old Evie Jones is poised to be Hollywood’s next big star. That is until a close friend’s betrayal leads to her being blacklisted . . .

Fortunately, Evie knows just the thing to save her floundering career: a public appearance with America’s most beloved actress—her grandma Gigi, aka the Evelyn Conaway. The only problem? Gigi is a recluse who’s been out of the limelight for almost twenty years. Days before Evie plans to present her grandma with an honorary award in front of Hollywood’s elite, Gigi does the unthinkable: she disappears.

With time running out and her comeback on the line, Evie reluctantly enlists the help of the last person to see Gigi before she vanished: Milo Williams, a cute musician Evie isn’t sure she can trust. As Evie and Milo conduct a wild manhunt across New York City, romance and adventure abound while Evie makes some surprising discoveries about her grandma—and herself.

In The Faithless Hawk, the stunning conclusion to The Merciful Crow duology, Fie knows better than to expect a royal to keep his word. Still she’s hopeful that Prince Jasimir will fulfill his oath to protect her fellow Crows. But then black smoke fills the sky, signaling the death of King Surimir and the beginning of Queen Rhusana's merciless bid for the throne.

With the witch queen using the deadly plague to unite the nation of Sabor against Crows—and add numbers to her monstrous army—Fie and her band are forced to go into hiding, leaving the country to be ravaged by the plague. However, they’re all running out of time before the Crows starve in exile and Sabor is lost forever.

A desperate Fie calls on old allies to help take Rhusana down from within her own walls. But inside the royal palace, the only difference between a conqueror and a thief is an army. To survive, Fie must unravel not only Rhusana’s plot, but ancient secrets of the Crows—secrets that could save her people, or set the world ablaze.

In As the Shadow Rises the Last Prophet has been found, yet he sees destruction ahead.

In this sequel to the critically-acclaimed There Will Come a Darkness, kingdoms have begun to fall to a doomsday cult, the magical Graced are being persecuted, and an ancient power threatens to break free. But with the world hurtling toward its prophesized end, Anton’s haunting vision reveals the dangerous beginnings of a plan to stop the Age of Darkness.

As Jude, Keeper of the Order of the Last Light, returns home in disgrace, his quest to aid the Prophet is complicated by his growing feelings for Anton. Meanwhile, the assassin known as the Pale Hand will stop at nothing to find her undead sister before she dies for good, even if it means letting the world burn. And in Nazirah, Hassan, the kingdom-less Prince, forms a risky pact to try to regain his throne. When the forces of light and darkness collide in the City of Mercy, old wounds are reopened, new alliances are tested, and the end of the world begins.

The Age of Darkness trilogy is perfect for fans of Throne of Glass, Children of Blood and Bone, and An Ember in the Ashes.

In Black Girl Unlimited Echo Brown is a wizard from the East Side, where apartments are small and parents suffer addictions to the white rocks. Yet there is magic . . . everywhere. New portals begin to open when Echo transfers to the rich school on the West Side, and an insightful teacher becomes a pivotal mentor.

Each day, Echo travels between two worlds, leaving her brothers, her friends, and a piece of herself behind on the East Side. There are dangers to leaving behind the place that made you. Echo soon realizes there is pain flowing through everyone around her, and a black veil of depression threatens to undo everything she’s worked for.

Kristina Forest was born and raised in Lawnside, New Jersey, a teeny tiny town that was also the first self-governing African American community north of the Mason-Dixon line. She started dancing when she was seven and her dream job was to be a backup dancer for Michael Jackson. By the time she was seventeen, she’d realized she loved writing more than dancing, so she enrolled at Rowan University and majored in Writing Arts, and then earned an MFA in Creative Writing at the New School. Kristina work in children’s book publishing, and lives in Brooklyn, New York with two huge bookshelves. I Wanna Be Where You Are is her first novel.

Margaret Owen was born and raised at the end of the Oregon Trail and has worked in everything from thrift stores to presidential campaigns. The common thread between every job can be summed up as: lessons were learned. She now spends her days writing and negotiating a long-term hostage situation with her two monstrous cats. She is the author of the Merciful Crow series. In her free time, she enjoys exploring ill-advised travel destinations and raising money for social justice nonprofits through her illustrations. She resides in Seattle, Washington. You can find her on Twitter @what_eats_owls.

Katy Rose Pool, author of the Age of Darkness trilogy, was born and raised in Los Angeles, California. After graduating from UC Berkeley with a degree in history, Katy spent a few years building websites by day and dreaming up prophecies by night. Currently, she resides in the San Francisco Bay Area, where she can be found eating breakfast sandwiches, rooting for the Golden State Warriors, and reading books that set her on fire.

Echo Brown is an author, performer, and playwright from Cleveland, Ohio. A Dartmouth alumna and the first female college graduate in her family, she is the author of Black Girl Unlimited: The Remarkable Story of a Teenage Wizard, which the New York Times praised as “a guidebook of survival and wonder.” Alice Walker, author of The Color Purple, called Echo’s one-woman show, Black Virgins Are Not For Hipsters, “stunning and powerful.”

Get your copy of any of these YA novels below!

I Wanna Be Where You Are (Paperback)

Now That I've Found You (Hardcover)

There Will Come a Darkness (The Age of Darkness #1) (Paperback)

As the Shadow Rises (The Age of Darkness #2) (Hardcover) 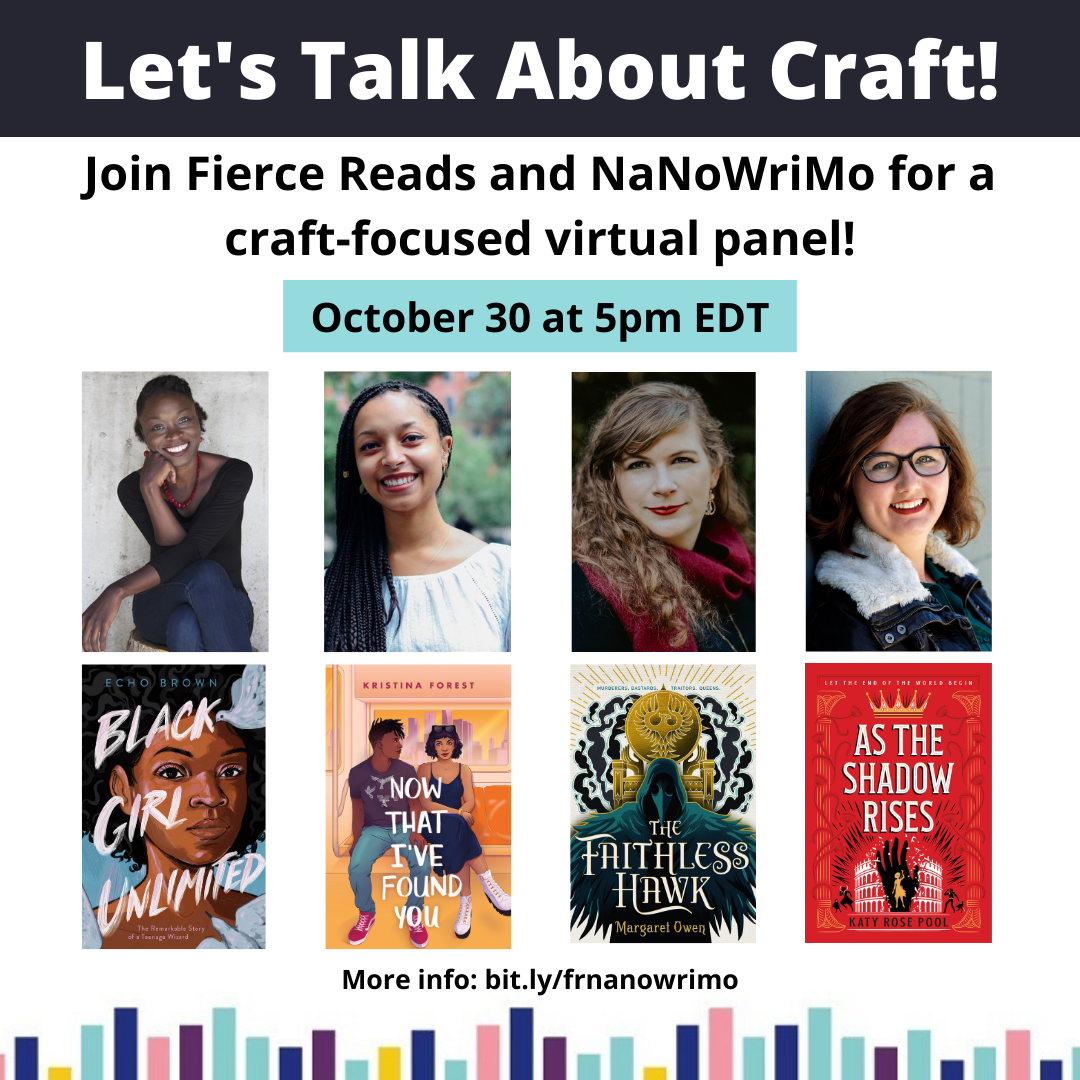