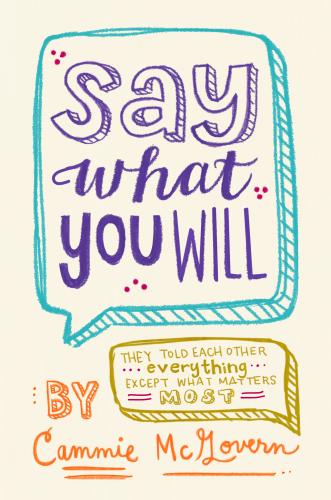 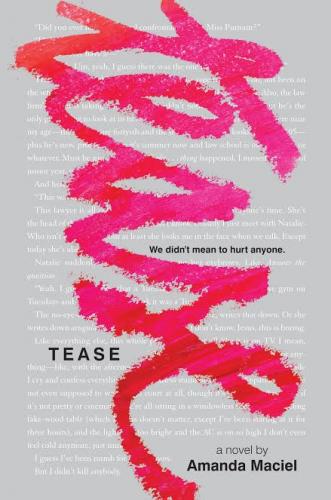 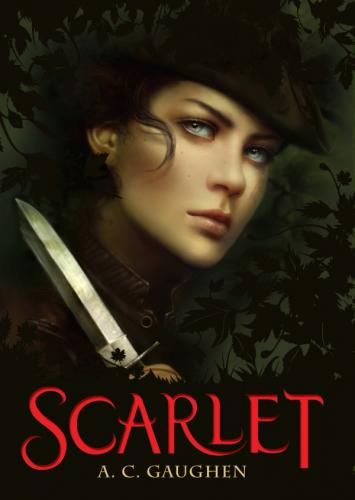 Check out the Springfield Republican/Masslive.com article on this exciting panel by clicking here!

Cammie McGovern- Say What You Will

Say What You Will has just been featured in the Book Bag, page 6, Hampshire Life (supplement to the Friday, June 13 Daily Hampshire Gazette). Click here to read the article!

John Green’s The Fault in Our Stars meets Rainbow Rowell’s Eleanor & Park in this beautifully written, incredibly honest, and emotionally poignant novel. Cammie McGovern’s insightful young adult debut is a heartfelt and heartbreaking story about how we can all feel lost until we find someone who loves us because of our faults, not in spite of them.

Born with cerebral palsy, Amy can’t walk without a walker, talk without a voice box, or even fully control her facial expressions. Plagued by obsessive-compulsive disorder, Matthew is consumed with repeated thoughts, neurotic rituals, and crippling fear. Both in desperate need of someone to help them reach out to the world, Amy and Matthew are more alike than either ever realized.

“Unlike its most obvious read-alike, The Fault in Our Stars, this is not a tragic romance: Amy and Matthew’s relationship is messy, fraught and tantalizing, but it’s not threatened with imminent death. McGovern’s triumph is how well she normalizes and highlights the variety of disability experiences among teens and their often circuitous journeys toward claiming their voices and right to self-determination…Ultimately, a deeply engaging and rewarding story.” Kirkus Reviews

From debut author Amanda Maciel comes a provocative and unforgettable novel, inspired by real-life incidents, about a teenage girl who faces criminal charges for bullying after a classmate commits suicide.

Emma Putnam is dead, and it's all Sara Wharton's fault. At least, that's what everyone seems to think. Sara, along with her best friend and three other classmates, has been criminally charged for the bullying and harassment that led to Emma's shocking suicide. Now Sara is the one who's ostracized, already guilty according to her peers, the community, and the media. In the summer before her senior year, in between meetings with lawyers and a court-recommended therapist, Sara is forced to reflect on the events that brought her to this moment—and ultimately consider her own role in an undeniable tragedy. And she'll have to find a way to move forward, even when it feels like her own life is over.

Many readers know the tale of Robin Hood, but they will be swept away by this new version full of action, secrets, and romance.

Posing as one of Robin Hood’s thieves to avoid the wrath of the evil Thief Taker Lord Gisbourne, Scarlet has kept her identity secret from all of Nottinghamshire. Only the Hood and his band know the truth: the agile thief posing as a whip of a boy is actually a fearless young woman with a secret past. Helping the people of Nottingham outwit the corrupt Sheriff of Nottingham could cost Scarlet her life as Gisbourne closes in.

It’s only her fierce loyalty to Robin—whose quick smiles and sharp temper have the rare power to unsettle her—that keeps Scarlet going and makes this fight worth dying for.